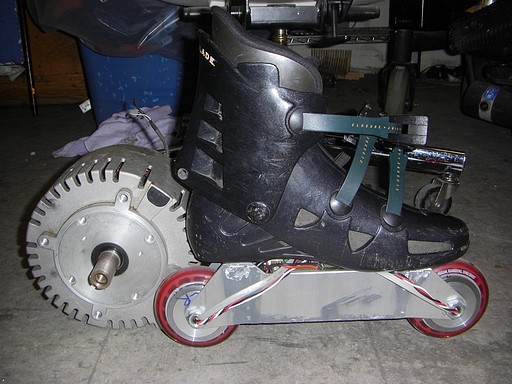 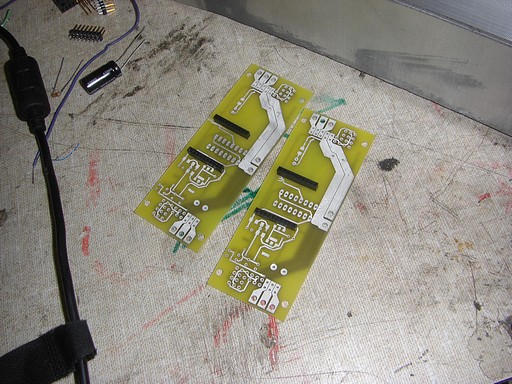 I originally was going to put together the experimental Double DEC’er along with two “permanent” ones. Since I didn’t find that necessary any more, only one of the boards will be built out. This time, I started with SMT parts first, then moved onto the headers and through-hole parts. Sidebullets and trace reinforcement were also added while the board was unmounted. 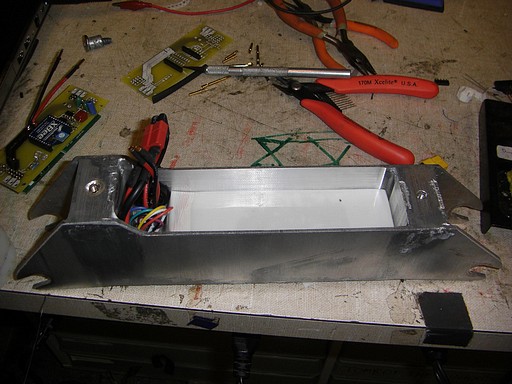 I also stripped the other battery pack and built the power switch harness beforehand, so everything just dropped in.

The batteries are retained by gravity, and the DEC boards simply drop on top of them and seat with double sided tape. 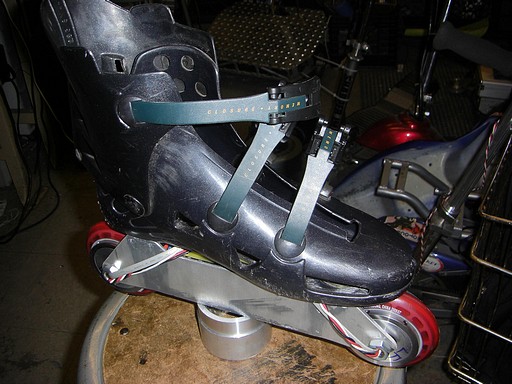 And Deathblade-L is (mostly) complete. The motors have no connections yet because I’ll eventually have to take them apart to glue the magnets in. I decided to save on that assembly step for now.

This is probably what all 1.2 of you have been waiting for. Behold, test number zero of RazErblades!

This literally was the first ground test. I had not ridden them around unpowered beforehand, or really tried them loaded on the ground. My unsteadiness and lack of confidence and machismo are evident, but I start getting used to the feel before long.

Then I broke everything. 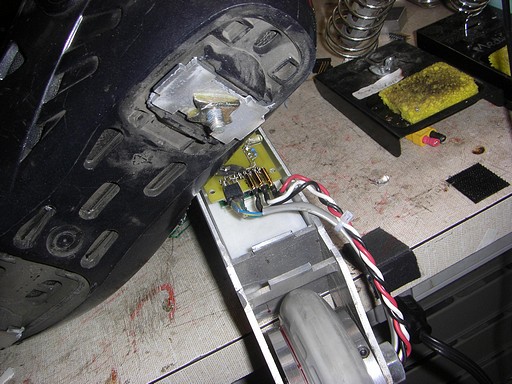 While executing a T-stop from a slow speed, the brazing joints failed on Deathblade-R. Fortunately, I was almost at a standstill by then. It was more embarassing than damaging, and the traction unit still worked.  Regardless, this reveals some deep flaws with the design, namely that I don’t have any patience to actually put things together the right way. The brazing on this frame was done very quickly and poorly, with relatively little penetration or filleting.

As I’m less than satisfied with these frames anyway, and still have a month before Otakon, I’ll probably rebuild them soon. Expect a return to my usual slots, tabs, T-nuts, and standoffs design paradigm. Or perhaps I’ll just run a TIG torch right along the edge of all the joints to melt everything in place.

In the mean time, THEY’RE ALIVE! Well, sort of.

One thought on “Deathblades/RazErBlades: Race to the Finish, Part 2”