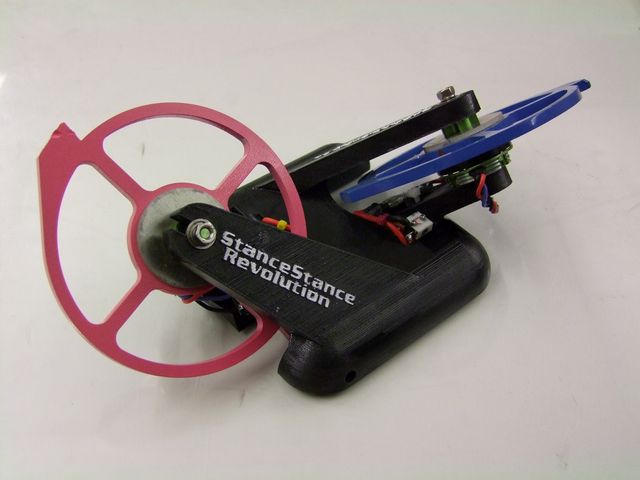 “It hurts to look at…” -everyone

Oh dear… what happened to Counter Revolution? And what is with that Escher-like CAD view?!

Stance Stance Revolution is the world’s first, most likely last, and currently only double-counterrotating 45-degree inclined spinner. Why? Because I take bad Facebook  “Which way does it spin?” jokes stemming from the new BattleBots season too personally.

SSR features a 3D printed ABS unibody in the fashion of my recent spate of quickly build “ironic bots” which end up doing better than they should. Two 6″ 10-ounce steel discs are direct-driven off pancake-style multirotors each.

As it turns out, having two 45-degree inclined blades actually presents some interesting operating scenarios. While the counter-rotation keeps it stable during driving and maneuvering, the coupling between “vertical spinner” and “horizontal spinner” means impacts can get all sorts of interesting depending on  how one of the discs decelerates. Impacts tend to spin the bot around vertically, allowing me to execute two consecutive hits. And it has a (less than desirable) dynamically stable balance position: 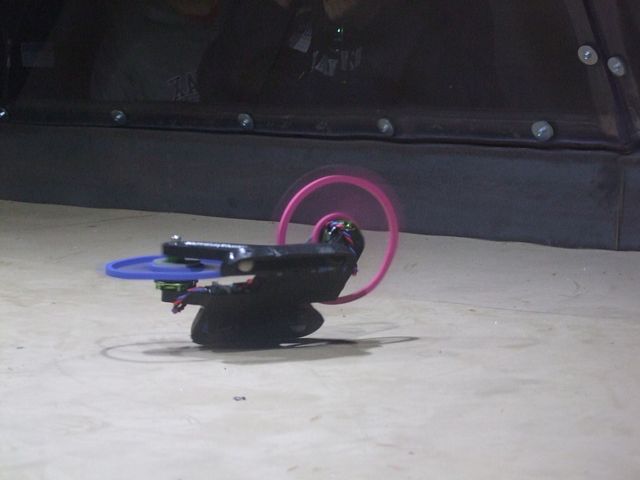 SSR’s build thread is largely interspersed with other bots and builds here.