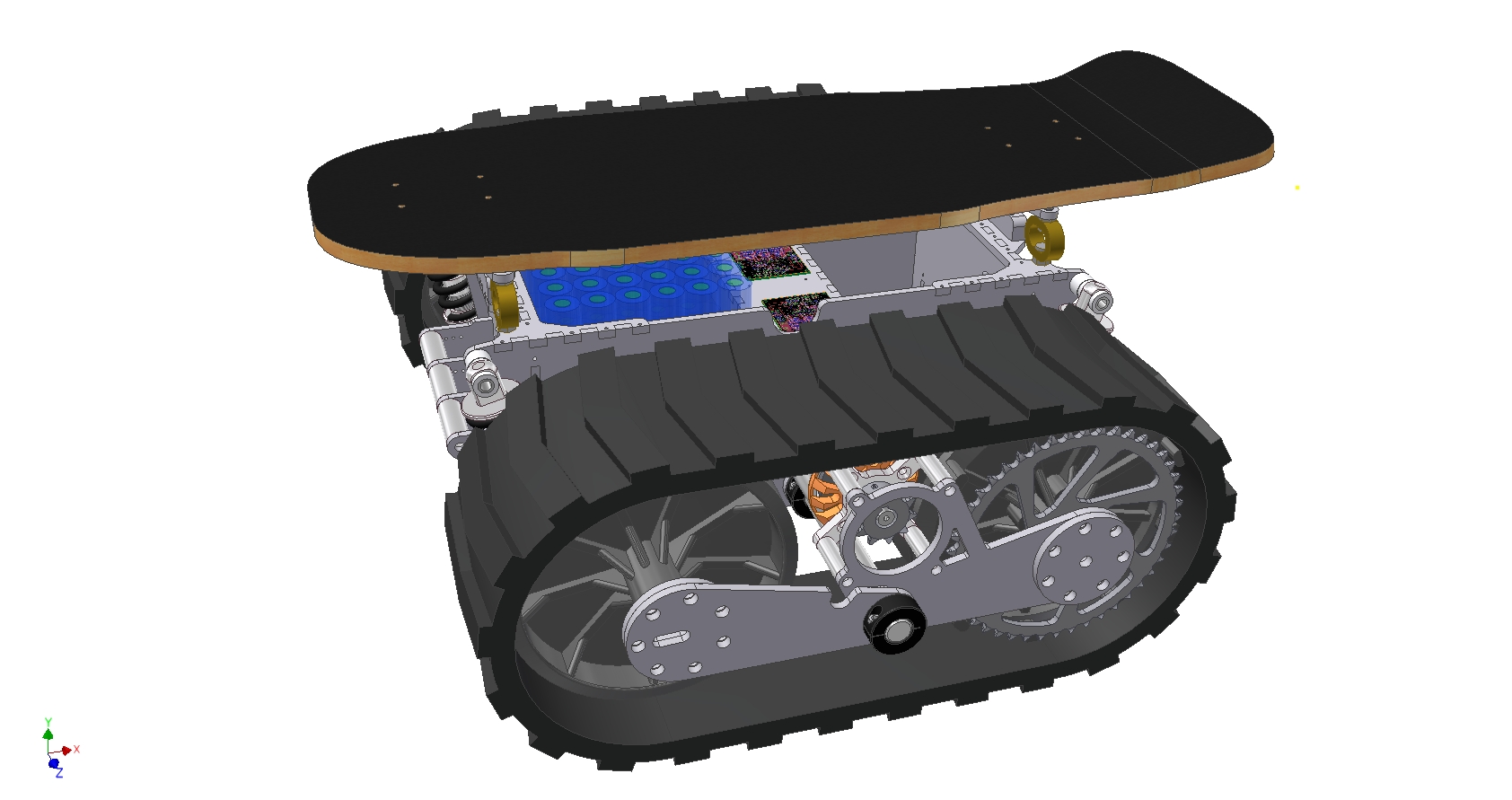 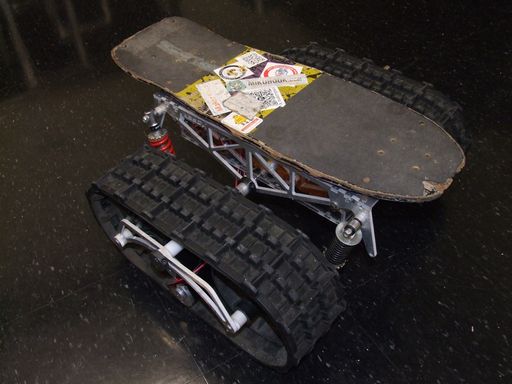 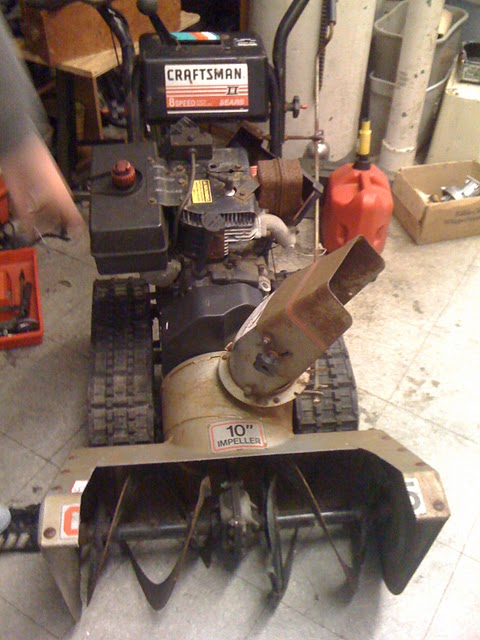 In another example of what happens when parts coalesce upon a wheeled storage utility at MITERS, I’ve decided to combine the treads of a scrapped industrial snowblower with the body of a scrapped, definitively non-industrial skateboard.

The initial plan was to have the machine employ dual fingers-free control for tank steering, developed originally for the RazErBlades (the board itself is not involved in the vehicle control).  Two rewound Turnigy 80/85 ICBMs were to propel the vehicle at up to 25 to 30 miles per hour across all sorts of terrain. Originally designed for rapid transport during the brutal Arctic winter, Landbearshark is nowadays more of a demo machine for MITERS visitors.

The first “version” of the finished vehicle instead used conventional DC brush motors for ease of control, combined with a custom H-bridge motor driver. LBS used a pistol-grip remote similar to those used on R/C cars. Because the stock tracks and track sprockets from the snowblower were used, the wheelbase was forced to be artificially short. The vehicle takes a little practice to ride due to its very high center of gravity when a rider is standing on it, and alot of forward-backward lean intervention is needed.

In 2012, Landbearshark was rebuilt to add another two CIM motors and a much more highly geared drivetrain. The vehicle’s “top speed” was reduced significantly to only 10 mph because nobody, myself included, could really stay on it any faster anyway. The resultant gain in torque greatly enhanced the vehicle’s utility – meaning it could actually push through snow and stuff!

LBS’s build thread for your amusement.

Video links of LBS are below: