So about that Motorama liveblog…

Anyways, now that the event is done and everything has settled into normalcy again, and with the completion of the best user manual / instruction guide I’ve ever made (I think so anyway…), I’d like to make the DeWut publicly available. Get yours today!

At Motorama, 8 of them were run in various fashions. The three in Überclocker, as well as five in a revamped version of Blitz. Five 3-pound motors in a 30 pound bot. That thing was made of motors. Moto was a great durability test of the gearboxes and outputs under various loading conditions. In Clocker, they were indirect driving wheels and gear-driving the fork. In Blitz, however, they were each direct driving a hard rubber wheel. One gearbox grenaded at the event when Blitz took a pneumatic flipper directly to a corner and bounced a few times. Clocker’s fork drive held up great, to my amazement, because there were points during the tournament when I was basically using the fork as a hammer.

DeWut is one of the two love babies I’ve been working on for the past few months (RageBridge being the other…) and it was great to see my parts actually being able to stand up to some use. Speaking of RB itself, I had no issues at all with my two boards on Clocker, but a few other folks were running the beta version and I recovered some of those when they succumbed to strange issues, to be diagnosed. Blitz also lost one production board to suspected thermal overload (from driving two DeWalt motors in parallel with the current limit maxed out) and another due to possibly a metal chip short from drilling the frame. Another bot’s suffered some kind of strange failure where the board itself looks totally fine, powers on fine, but never exits failsafe mode no matter what radio is connected! I’ll diagnose all of those and hopefully find that there’s nothing seriously wrong with my hardware.

END_OF_DOCUMENT_TOKEN_TO_BE_REPLACED

A few days ago, I received a package. 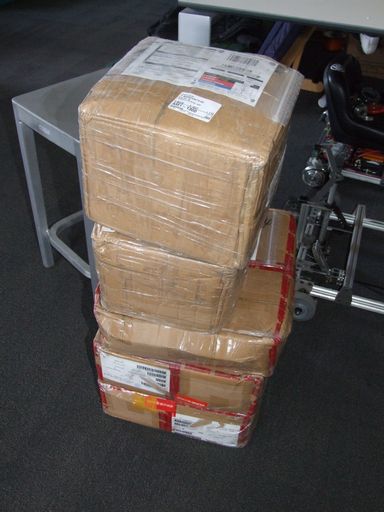 Okay, more like five packages. The shop made a concerted effort to ship my parts out before the Chinese (lunar) New Year vacation, and they at least managed to get out of the country in time!

And they are gorgeous. 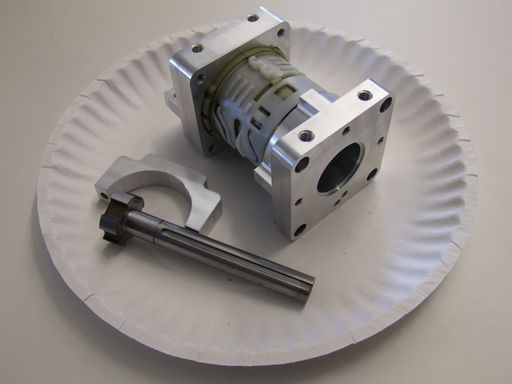 This picture doesn’t do the quality of finish justice. They’re really, really, really shiny. There’s 4 total parts to a DeWut assembly: the output bearing block, the motor mount (in the back), the motor clamp, and the shaft.

Investigating the intersections of cutting paths and machined surfaces was quite enjoyable as I deduced in which order the features must have been machined. For instance, on the fancy flower end of the shaft, the valleys of the lobes have clearly been bead-blasted and are dull, while the rest of the shaft has a machined finish. Short of somehow forging and finish machining these (highly unlikely), I bet they milled the profile into an entire bar of ~1″ steel first, then machined that down to form the 1/2″ diameter shaft body. 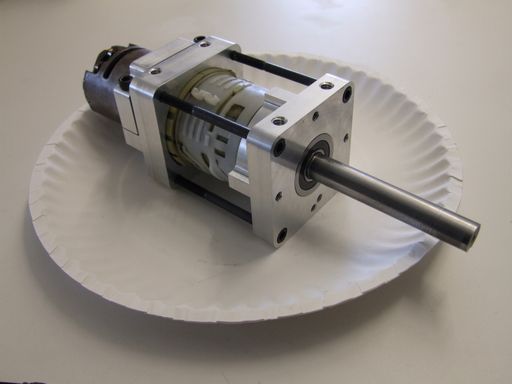 With the Dewalt 3 speed gearbox, motor, and output bearings installed, it looks like a thing that exists!! Like, a real product.

Missing here still is the Nifty Barrel Shifter lock. I laser-cut them out of some 1/4″ Delrin, though I strongly believe 1/8″ is sufficient as they do not take any sturctural loads. 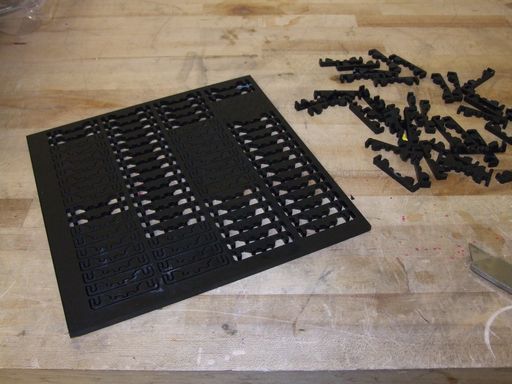 Okay, so that was sort of fail.

First, the raw plate came very warped from McMaster. Second, the action of cutting alone made it even more warped. As a result, I only got a handful of NBS locks from this plate since warping ruins the focus of the laser beam. For now, this is more than enough, but for production purposes, I will probably just hire these out to Big Blue Saw for convenience. 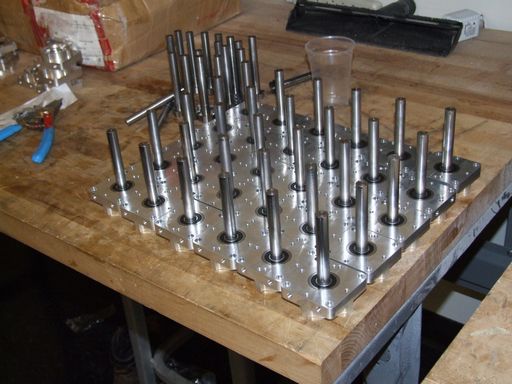 Check out this veritable forest of DeWut output assemblies.

Originally, the plan was to sell complete knockdown kits that have to be assembled by the user. Problem is, after pushing a few of the shafts through the bearings, I realized you really needed an arbor press of 2 or more tons capacity to do it correctly. I sized these shafts for a proper bearing fit – that is, you’re not sliding it in by hand, it’s actually a tight fit. I attempted using a deadblow hammer or just banging it on the table – two methods I’ve historically used to fit shafts into bearings prior to having a few different sizes of arbor press within one wireless router’ coverage – to no avail.

So asking any random builder to do so might be a little too much. The bearings into their housings, too, are troublesome for someone not press-equipped.

Therefore, I’m thinking the new plan is to sell a partial knockdown kit with the front end assembled, the motor mount and clamp (& other residual hardware) separate. Maybe offer an option that includes the transmission already, so you just need to pop in a motor of your choice (DeWalt makes this style motor in 12, 14.4, and 18 volts). 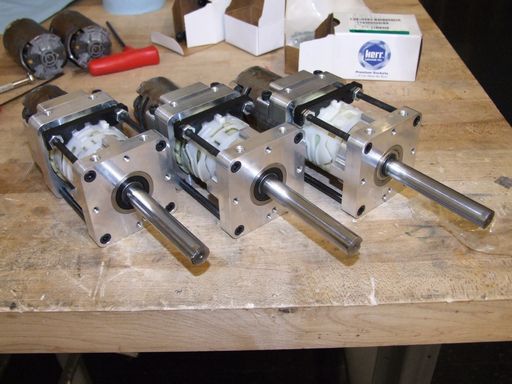 These are the 3 motors that I’ve prepared with NBS locks and all which will go into Überclocker. Speaking of which, I really need to post about it. It’s practically finished, which given my recent robot practices, is kind of weird – Motorama ain’t even until Saturday. A week early? Come on now…