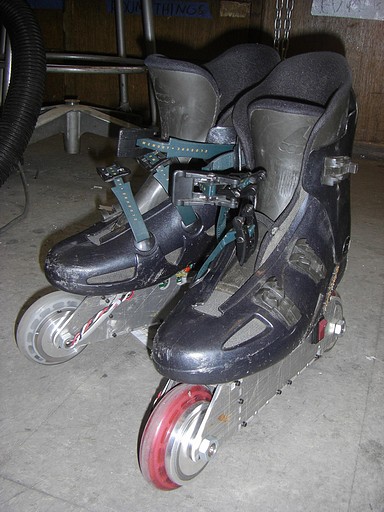 Alright, alright. So I’ve finally caved into peer pressure and miniaturized the tech from RazEr’s motor even more such that they fit in a set of 100mm skate wheels.

Now, there have been many electric skate products in history. But they’ve all been either…

Therefore, RazErblades are designed as an experiment to address those shortcomings which, in my opinion, have prevented motorized skates from emerging as a significant market (you know, besides the whole amplified risk of dying a bloody, cranially traumatic death).  The ‘blades have the following characteristics:

The build log for the RazErBlades can be found in its (their?) category.

(For one power unit; a complete set is, of course, two)

Here’s a list of testing videos relevant to the project.