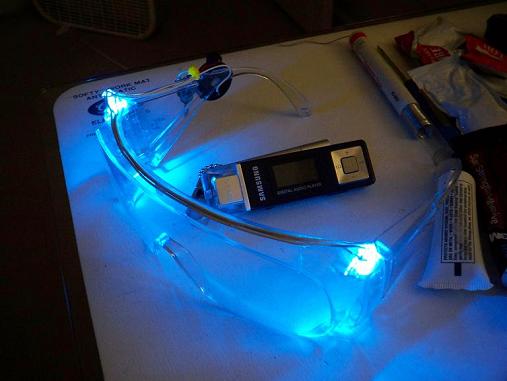 Some time after the FIRST Robotics tournament in 2006, I found myself left with two pairs of safety goggles. I kept one in the build lab, where it got throughly smacked and scratched up, including a huge gouge from a piece caught in the miter saw. The other, however, was pristine. As the 2007 tournament rolled around, I thought It Would Be Really Cool If I put some LEDs in them, to make them glow, like expensive computer parts.

Thus began my new life philosophy – that all clear things, of glass or of plastic, must have glowy things.