A few weeks ago, I entered RazEr, one Deathblade, and my work on small hub motor technology into MIT’s de Florez award competition with the aim of winning the $3,000 first prize in the undergraduate design category. After Eloranta fell through, I had hoped to use the still nontrivial amount of money to fund Super LOLrioKart if I won first prize. I figured I stood at least a decent chance, seeing as how Course II doesn’t actually build things.

After an intense day and a half of waiting,  I learned that I won fourth place in undergraduate design. Not bad, and certainly appreciable, in my opinion, considering the fact that my presentation table was crammed into a corner (then behind a column) and I spent half an hour finding and waiting on the last judge who was only supposed to spend 5 to 10 minutes at each presentation. The fourth place was announced as a 3-way tie, which I can only presume is their way of telling me I won a consolation prize.

I guess completely self-directed and self-originated (the top three projects were all UROPs and teams) work with a full documented engineering history isn’t enough to impress the modern engineering collegiate demographic if the work isn’t being done for developing nations or are attempts at harvesting “alternative energy”.  After all, it’s the current most fashionable field of research outside biomechatronics, so I suppose everyone’s looking out for it.

Oh well – I probably needed that dose of reality.

Regardless, fourth place winners received a $450 cash prize. $450 is still a nontrivial amount of money, but it is not going to build me a Super LOLrioKart, at least not a very nice one. 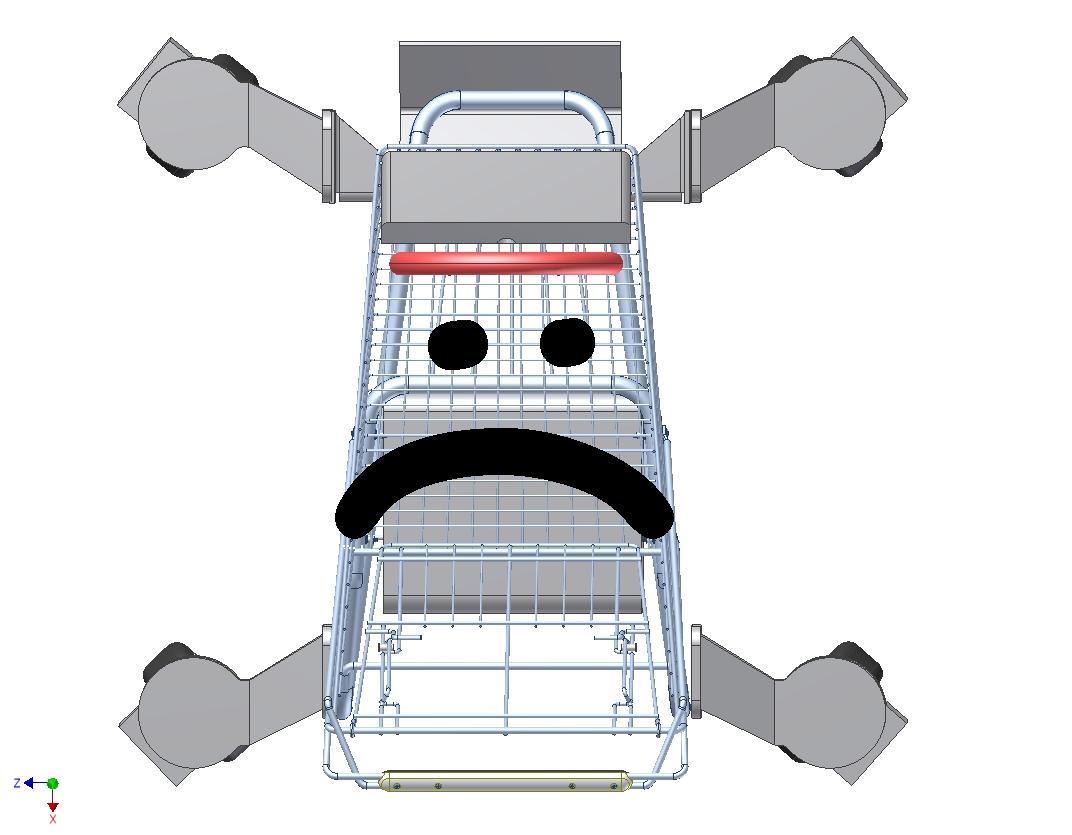 I like to think that I don’t avoid projects just because other people think I can’t pull them off or they are technically infeasible – RazEr has been the prime example. The actual reasons for my proposal rejection notwithstanding, I now have a personal stake in completing Super LOLrioKart because MIT told me I couldn’t.

They might have not meant to, but keep in mind that unjustifiable grudges are instrumental in providing me with motivation.

I’ve been thinking about a few ways of executing this project under the now seemingly impossible financial constraints. It is quite difficult going from $6,000 of anticipated budget to roughly 0. I guess any time you are depending on outside funding for things, it works the same way. At least I get to experience it in the relatively calm bubble of academics?

1. Recycle, reuse, re… something

Much (as in over 75%) of the expensive of SLK comes from fabricating the four wheel modules. This isn’t unreasonable, as combined, they are the core component of the vehicle… the whole point. But liberties can be taken and corners can be chamfered with the conformity of the design to my “style” of waterjetted aluminum.

I’ve known for a while that all-aluminum assemblies are not the most economical. This was especially evident on Segfault, where the scrap from cutting the space frame and trusses weighed more than the final parts themselves.

It’s technically possible and probably worthwile to switch the wheel module designs to be a welded steel sheet, plate, and structural shape assembly. Pound for pound, steel is still cheaper than aluminum, and even better if it’s surplus. Alot of the automotive competition teams here keep substantial amounts of structural steel around because they use it in their vehicle frames, so snitching or straight up buying it off them would save on shipping and waiting. And the shops throw scraps out by the bucketload.

Not to mention that welding steel, while less reversible than bolted and T-nutted aluminum, will probably get me a lighter assembly in the end because of the reduced volume of steel required coupled with more of a chance to use optimized geometries and profiles. And I could probably pitch a wheel module together in an afternoon, while not having to wait for machine access at a time when I won’t be running into people doing actual work.

Altogether, if I remade the wheel pods out of appropriate steel members, I could save a few hundred over the thick aluminum plates I’d otherwise have to buy.

Materials aside, I had intended to order custom curved motor magnets for my custom curved hub motors. That was going to run a $500+ bill just by itself because of the sheer volume of neodymium involved.  Stock flat magnets wouldn’t necessarily take that down to zero, but would cost 30 to 40% less.

Motor controls are rarely an area where I can fudge and get away with it, as LOLrioKart itself has shown. Whether custom or purchased, it seems that at the power levels I’m dealing with, everything costs about the same. Additionally, nobody seems to make a reasonably small bidirectional DC closed loop controller that can handle 48 volts. SLK’s build might come down to a power electronics issue again if I try to make my own motor drivers, and I don’t want to have to deal with that.

Otherwise, I’m trying to find surplus and secondhand sources for all the other major mechanical parts. The absolute position encoders for the wheel pods are probably an unavoidable expense, and it’s not like quadrature units at the size I need are cheap either.

All told, preliminary recalculations show that I can probably knock $800 to $1000 off the potential price if I scrounge carefully. This brings the vehicle down to reasonable levels, something I could probably handle over summer.

There are a few characteristics of the SLK design that add expense and are not exactly crucial to the core vehicle concept – an omnidirectional small electric vehicle that has wireless modular control and is…err, shopping cart based. The added tech points are nice to have, but ultimately I can live with… 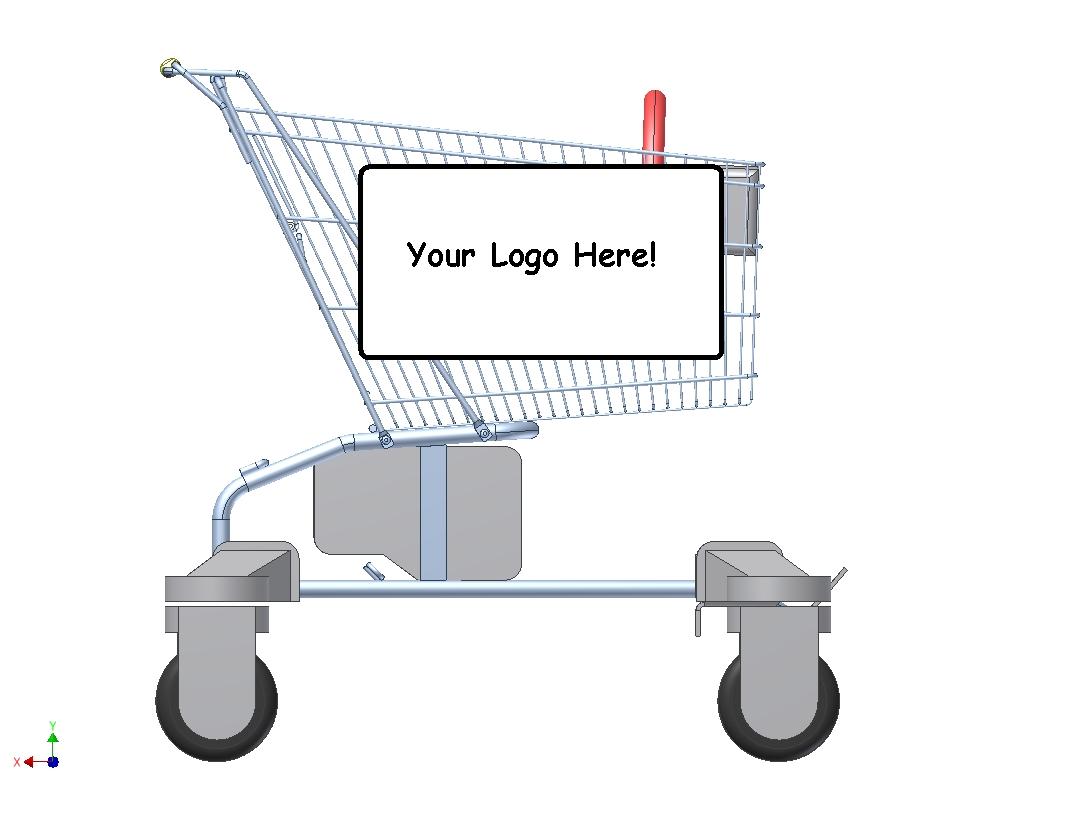 Well, there’s definitely precedence. LOLrioKart itself has been advertising for Swapfest and is used whenever MITERS needs to make a statement somewhere.