For the past z years, MIT has been trying to build another Media Lab. They finally succeeded in 2007, and construction started coincidentally about when I first got here, which really means I’ve put up with daily construction noise for essentially forever. 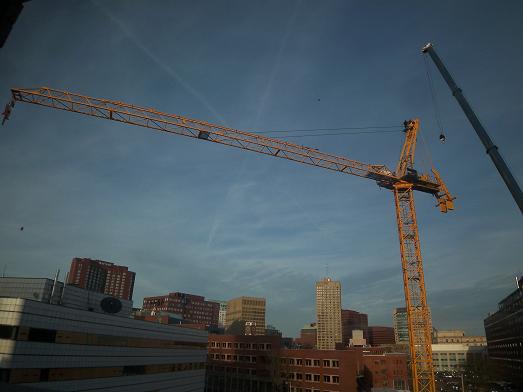 Anyways, the new building opened on December 2nd. Moving day was uneventful besides metric asstons of grunt work, and everybody is now happily set up in their new spaces. Let’s take a peek around… 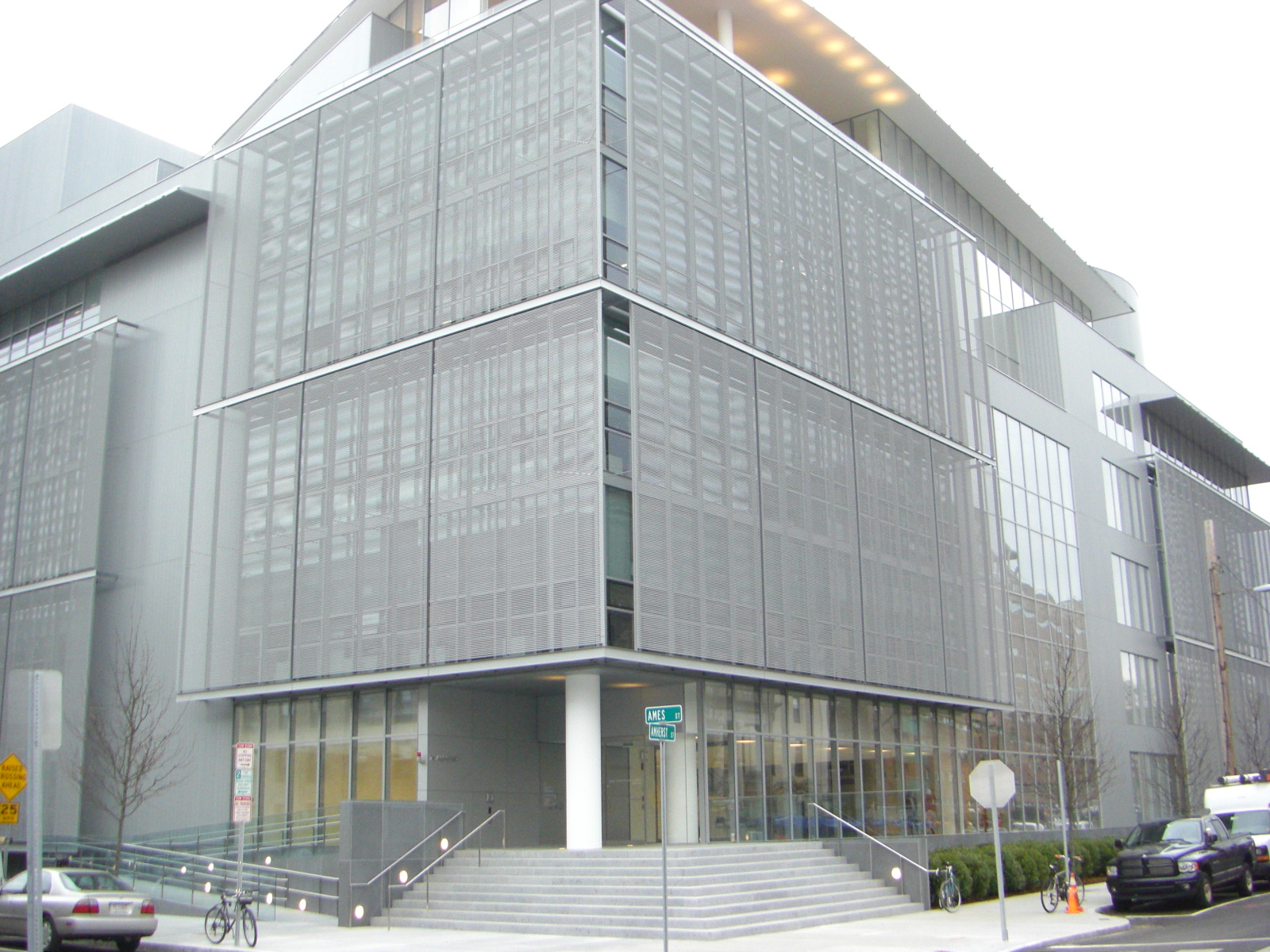 About now is when I wish I had a wide-angle lens. I can’t fit the entire building into one frame without occupying the same physical space as either a sign or a parked van.

The new building is an impressive exercise in the “metallic gray, glass, and Faraday cage” school of design. The metal curtains make for excellent cell phone filter – you can’t get any reception up until the 5th floor or so. 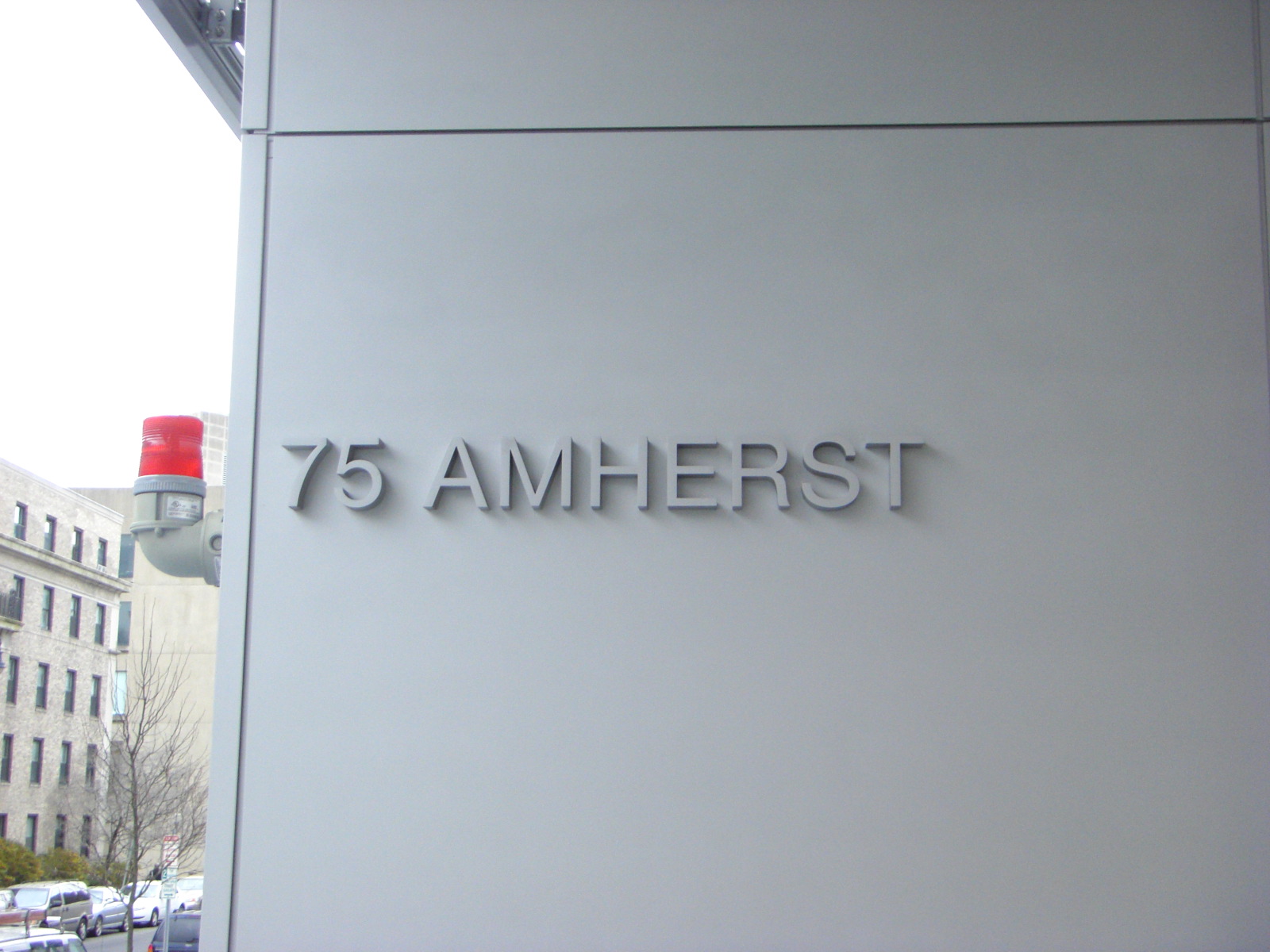 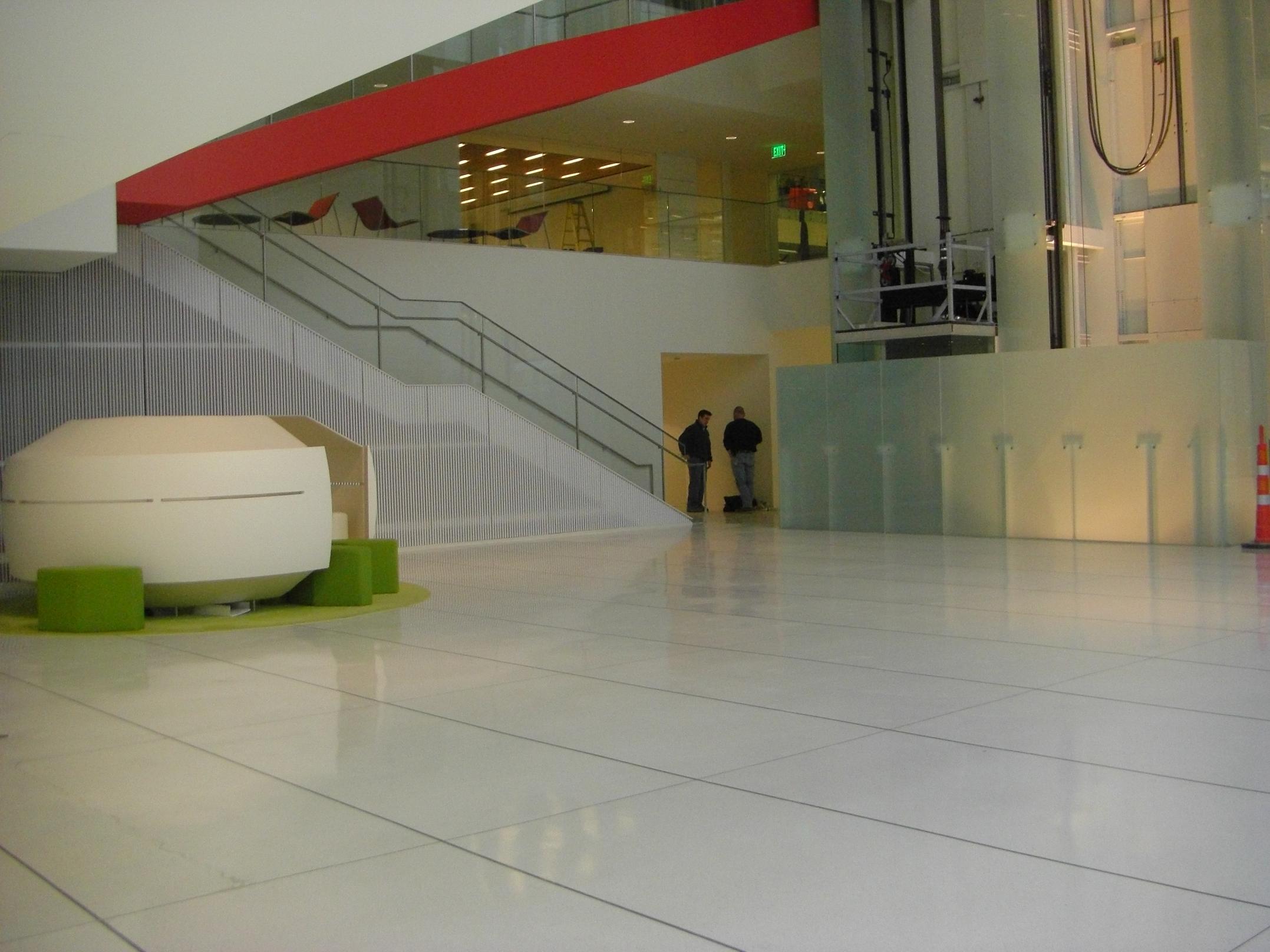 I can only describe the interior of the building as an heterogenous mix of mental health facility, kindergarten, and research laboratory.

…which I guess sums up the Media Lab pretty well.

The entryway is a lounge and reception type area that opens up to a 4 storey lobby. 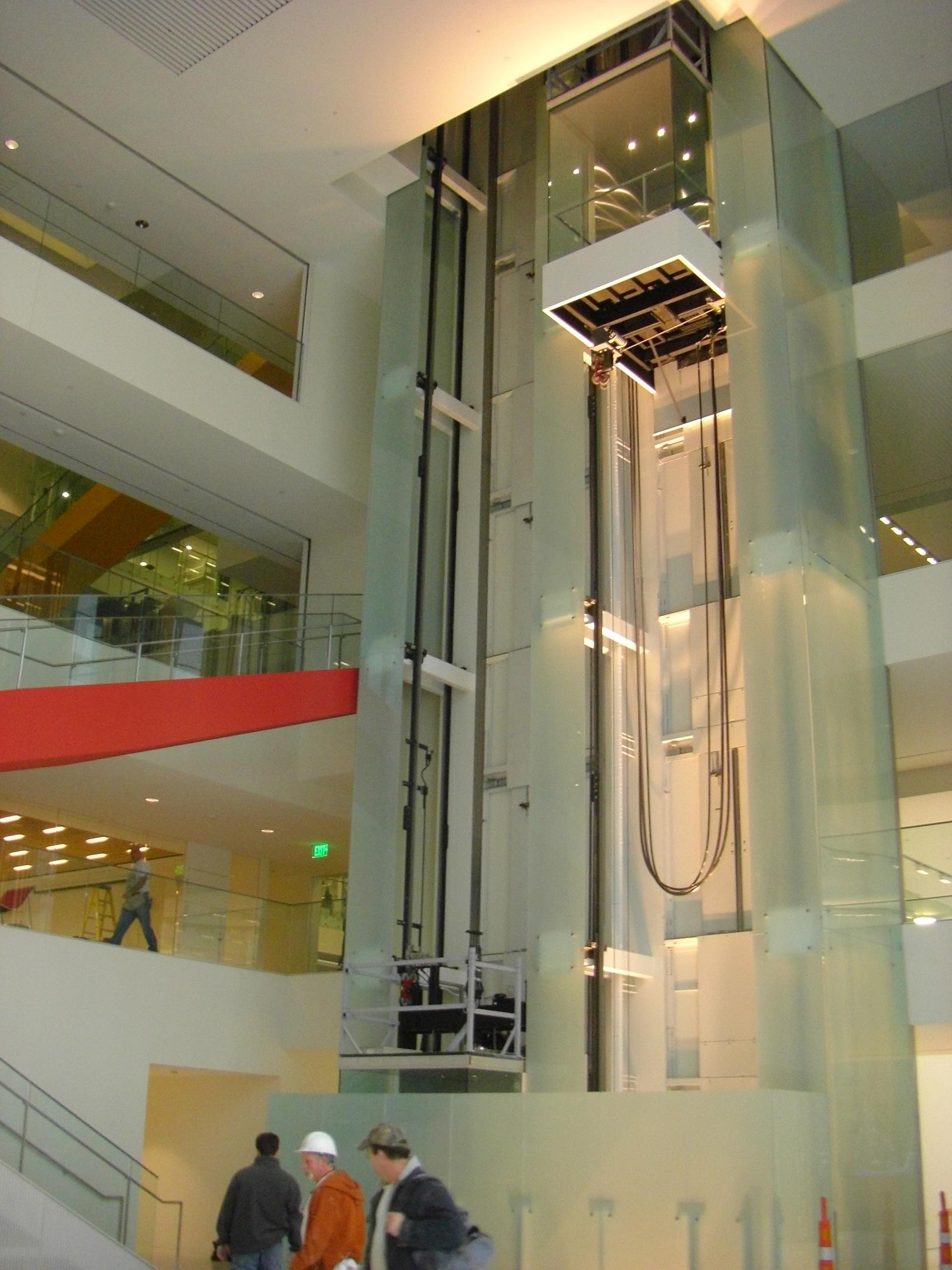 Said lobby is surrounded by walkways and 50 foot wide windows into adjacent spaces. The theme here is “transparency”. Remember that. MIT is good at transparency. 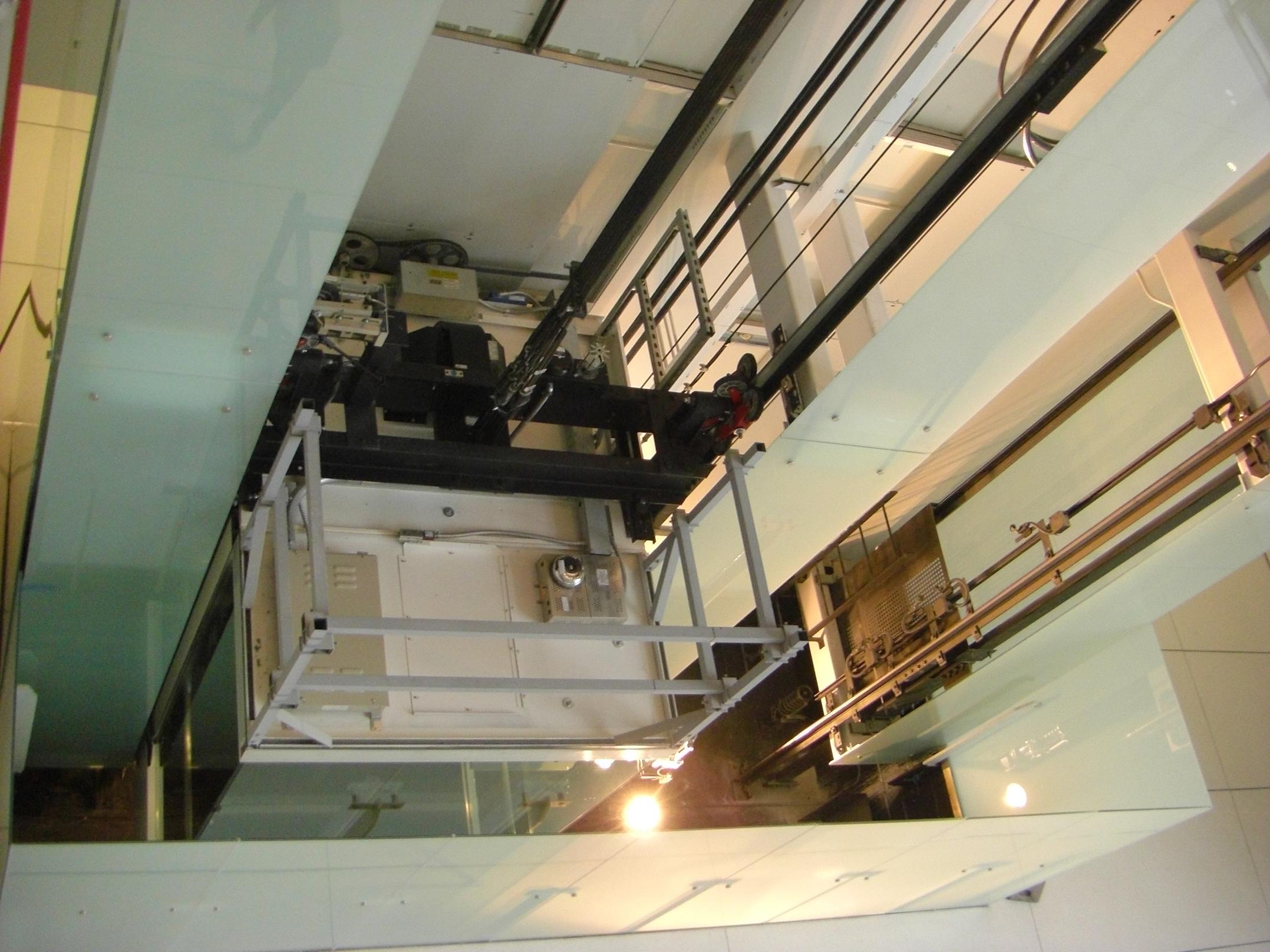 So those elevators are still under construction and just sort of hanging out there, right? Nope. They have all their mechanisms in plain view! Mechie buffs (like yours truly) will spend (have spent) inordinate amounts of time staring at the elevator hardware. 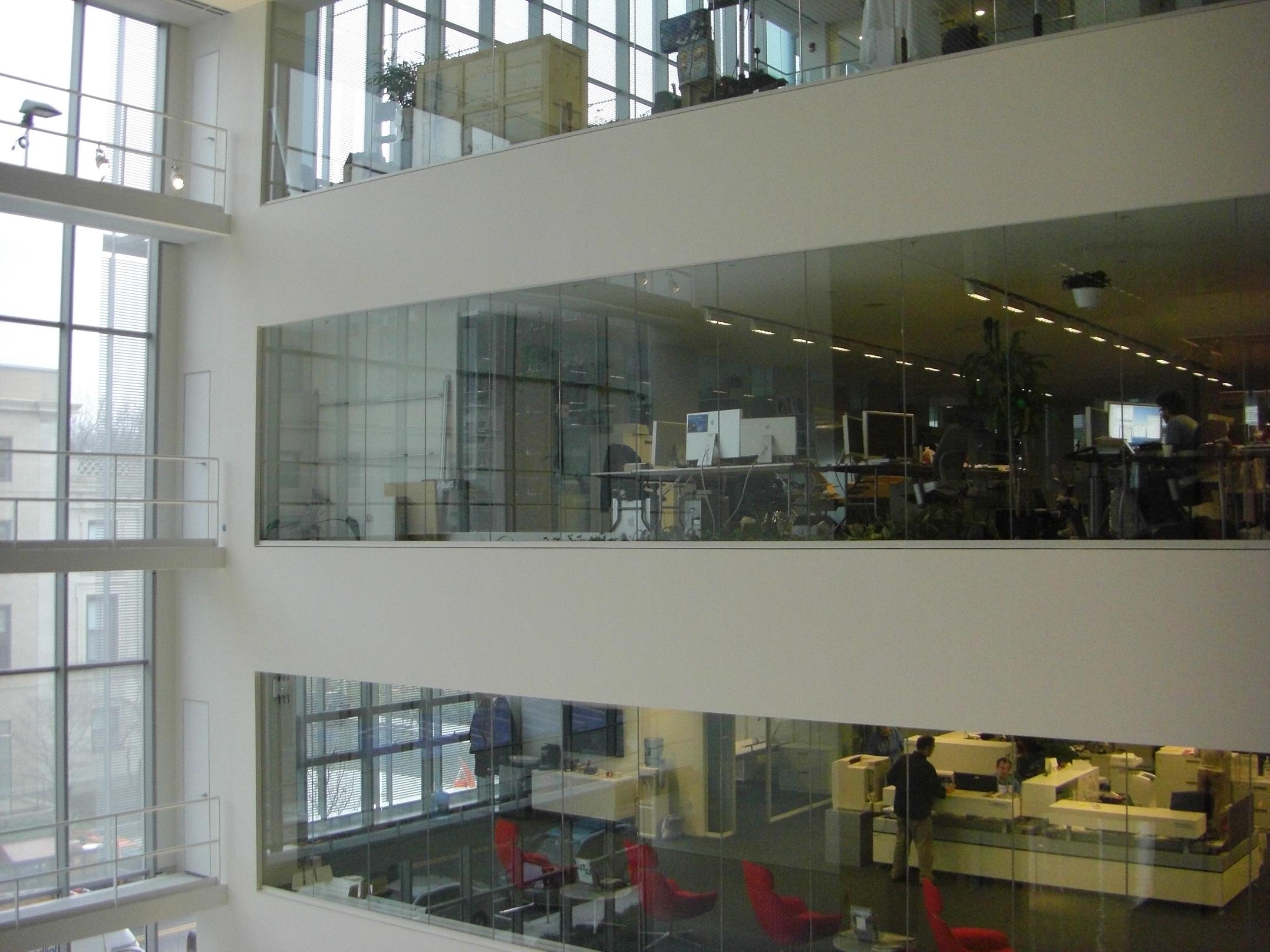 Seven or eight major lab spaces & offices peer out into the cavernous lobby. 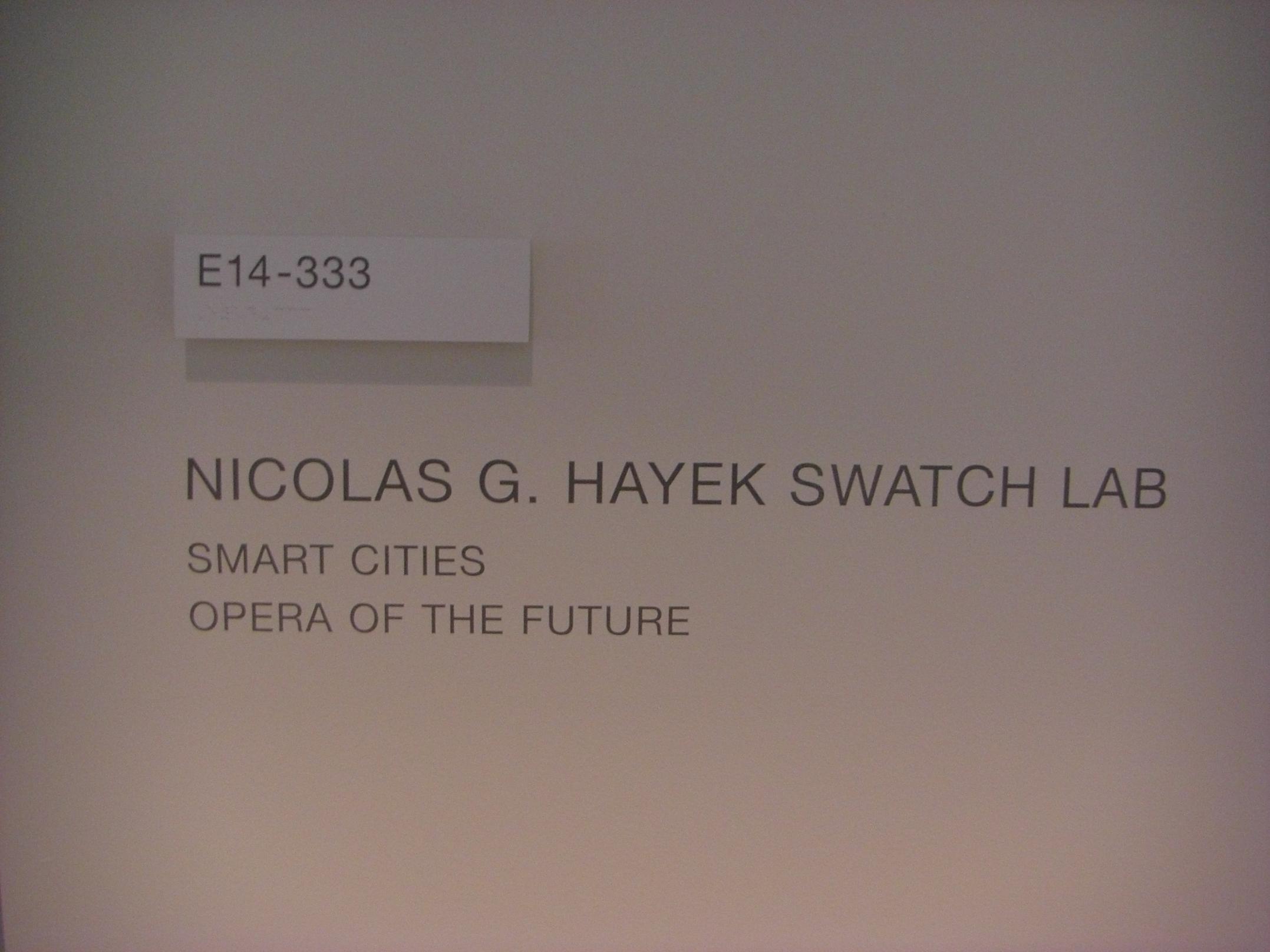 Labs and buildings tend to be named after major donors to the construction effort. So I thank Mr. G. Hayek Swatch for… uhhh… having a pretty badass name. Among other things, I’m sure. 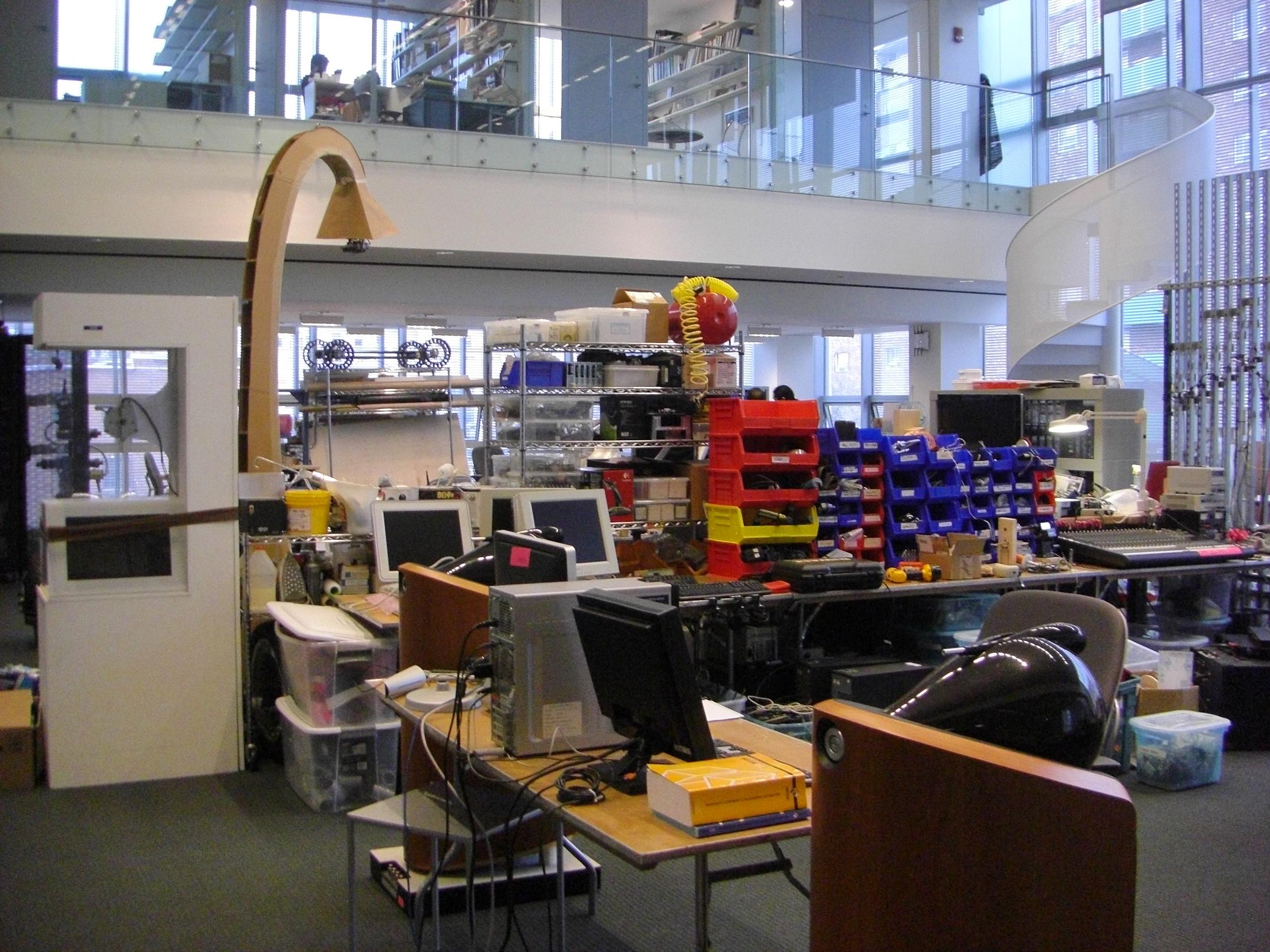 This is it. Major lab spaces in the building are built around two-floor conjoined spaces, referred to as cubes. They are patterned after the original Media Lab “cube”, a colloquial name for the large two-floor office-lined common space in the basement. There was only one cube in the old building and everybody wanted it. 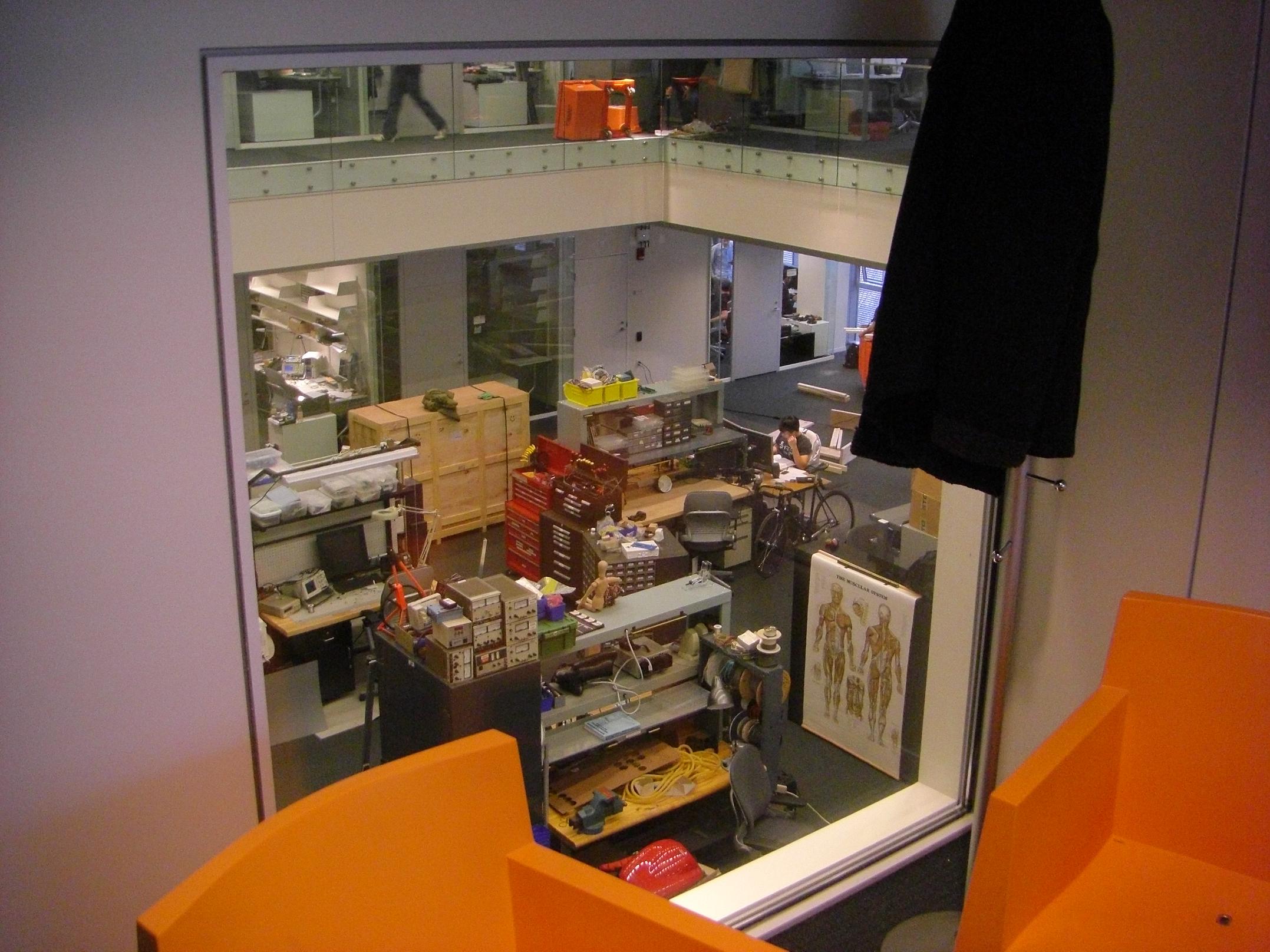 Adjacent spaces have walkways and… observation decks? Zoo windows? Surveillance cells? Something. Windows between the labs allow you to peer at what’s going on in the next salt mine over. 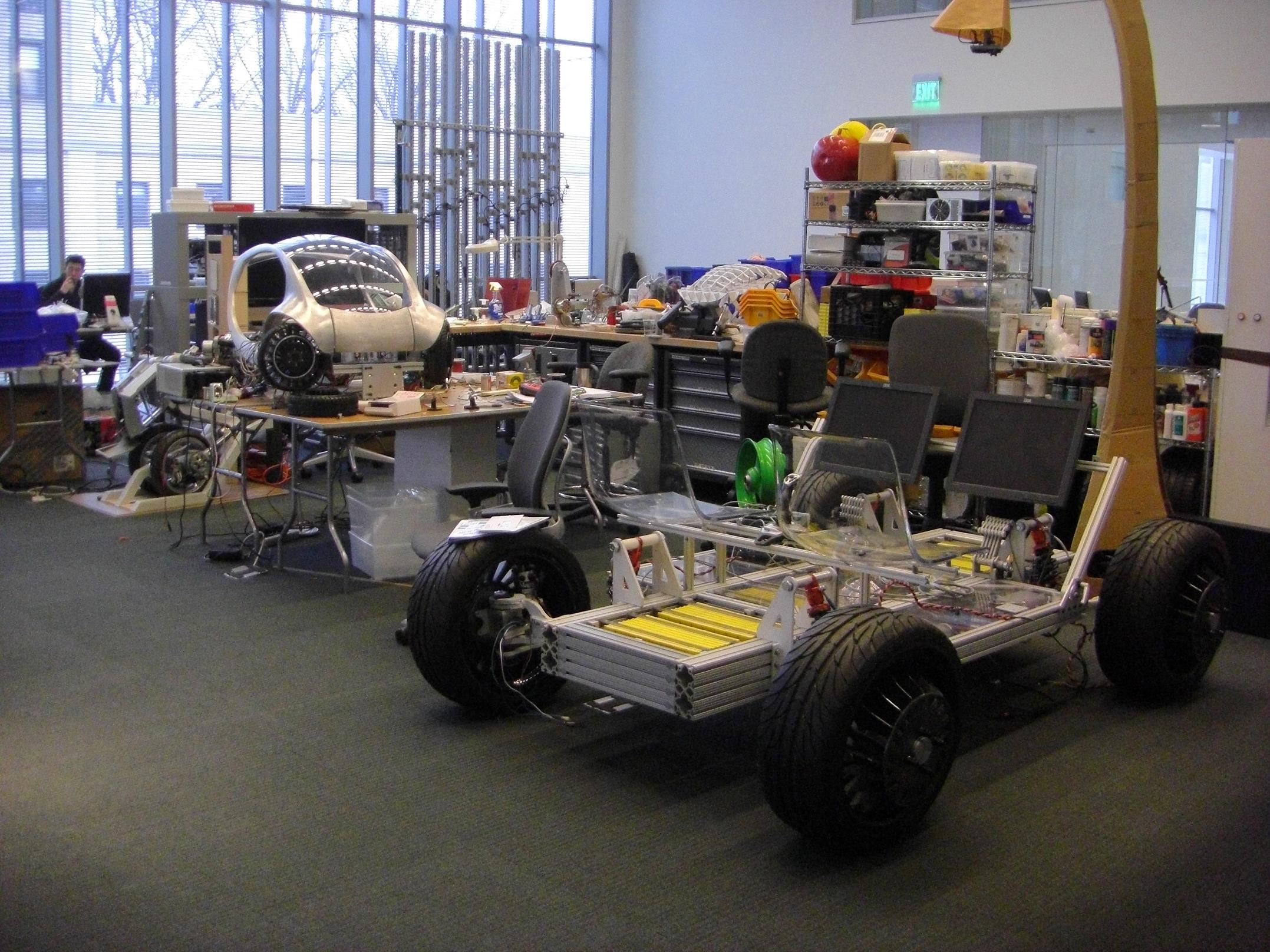 So here’s how shit goes down™.

Smart Cities (my associated group) moved from the aforementioned Original Cube to the… 3rd floor? They put the guys who build cars on the 3rd floor?

Whatever. There’s more space, which is exactly what we need, besides an overhaul of parts organization systems, but hey. There’s also a walk-through, 5 ton freight elevator. I suppose that works too.

Here’s the full-size Citycar prototype and the half-scale minicar. In the left background is Roboscooter, my custodial project for the past k semesters. 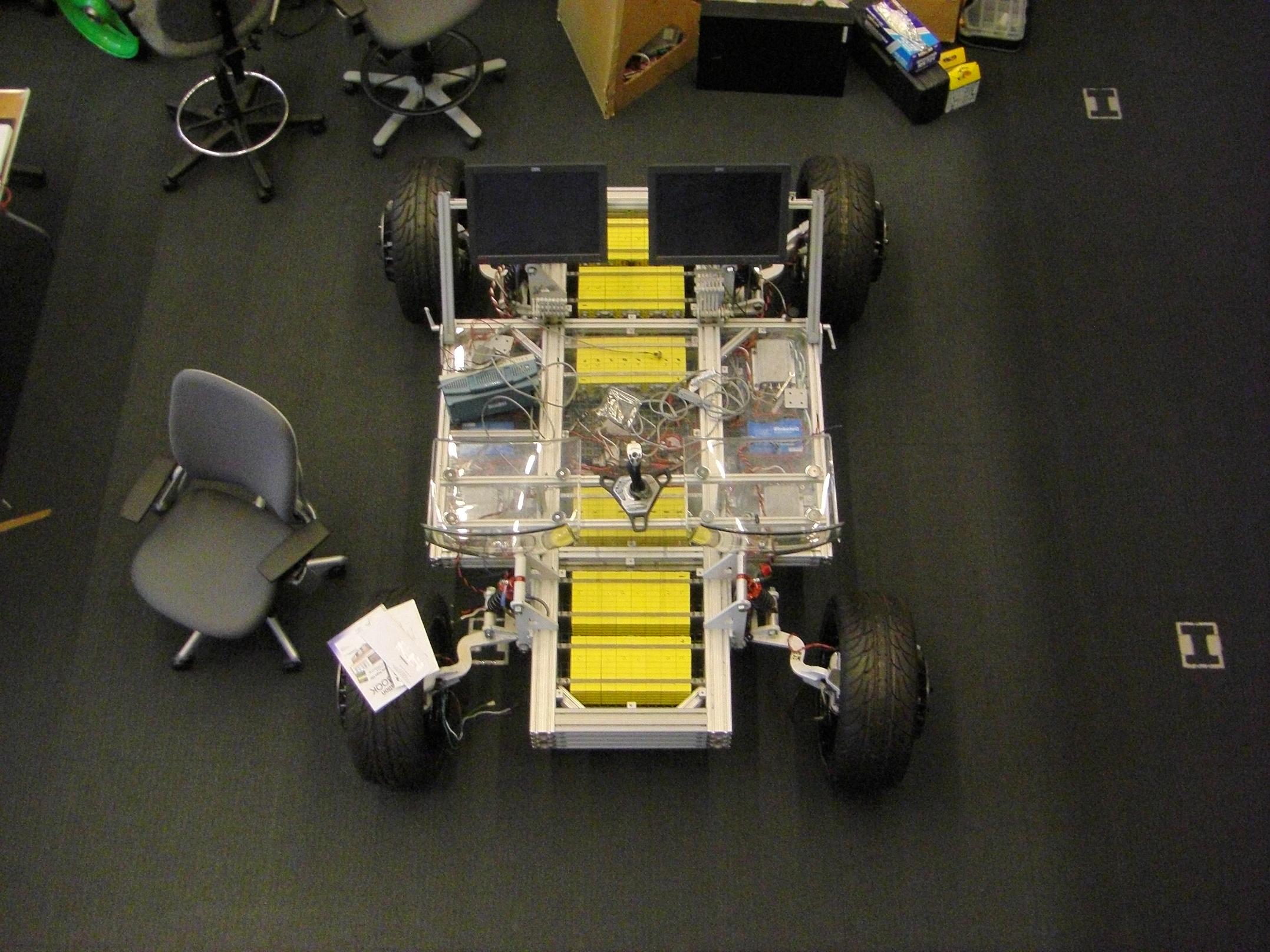 This thing is so fly it’s on autopilot.

(It actually COULD be, I suppose…) 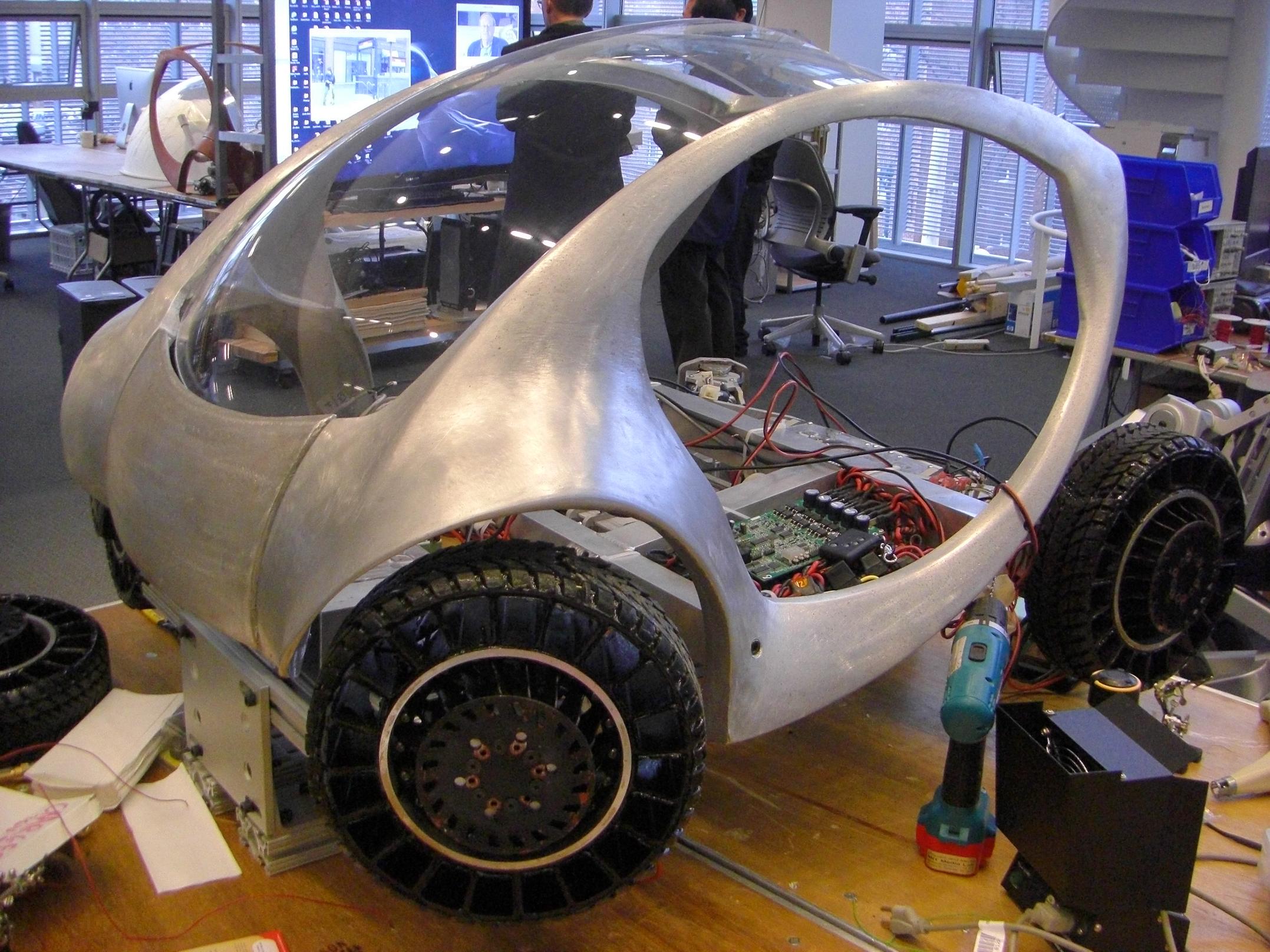 I’ve also been involved pretty deeply with the mini-bubblecar. This half scale, almost Powerwheels sized model features a body shell mockup, functioning quasi-omnidirectional drivetrain, and shows off the folding frame design. That is, it does everything which is too damned expensive to do on the real one.

It’s piloted by remote control, but…. Powerwheels sized. Come on. 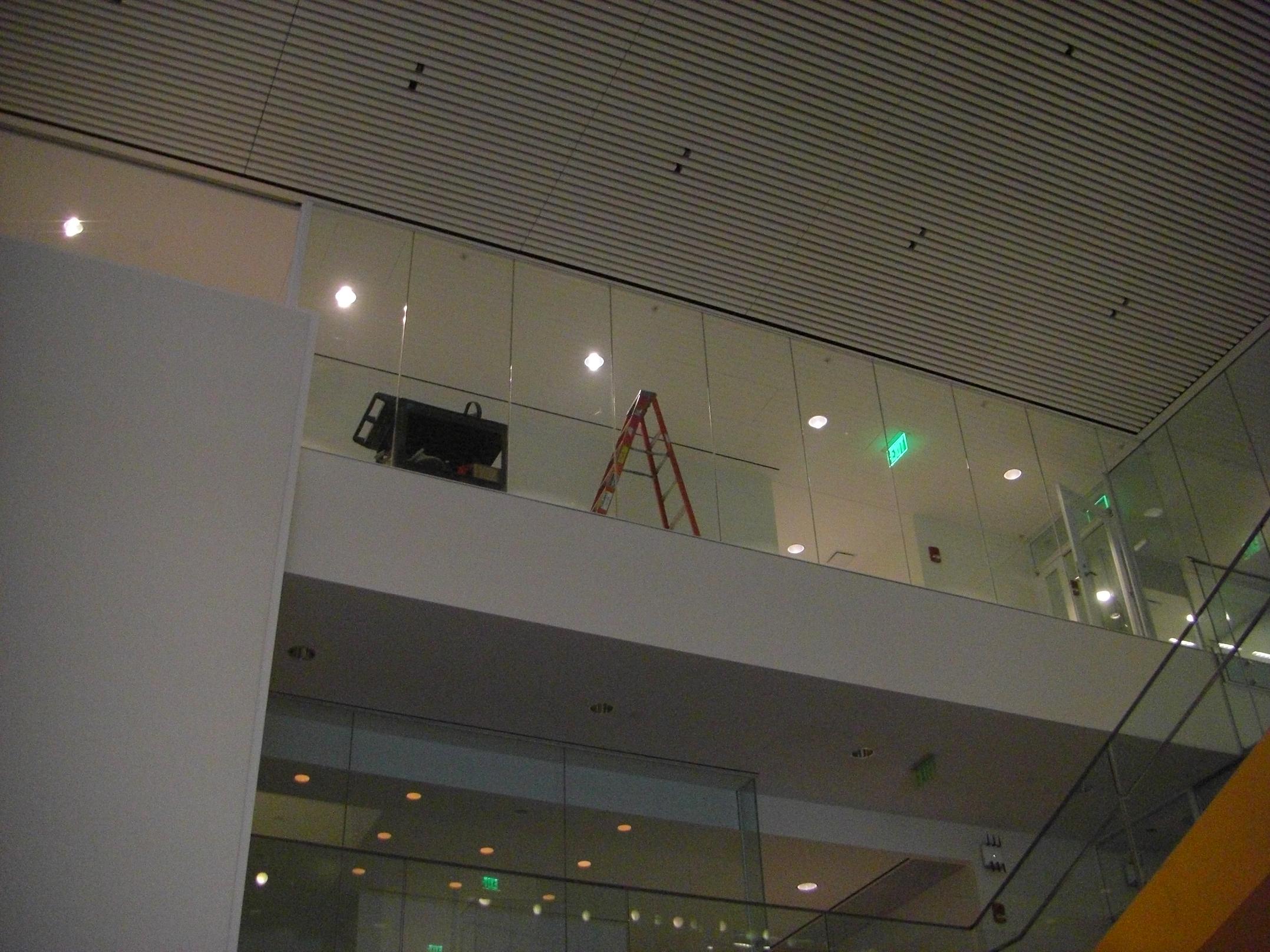 Finishing details get added even as the tenants hack away. 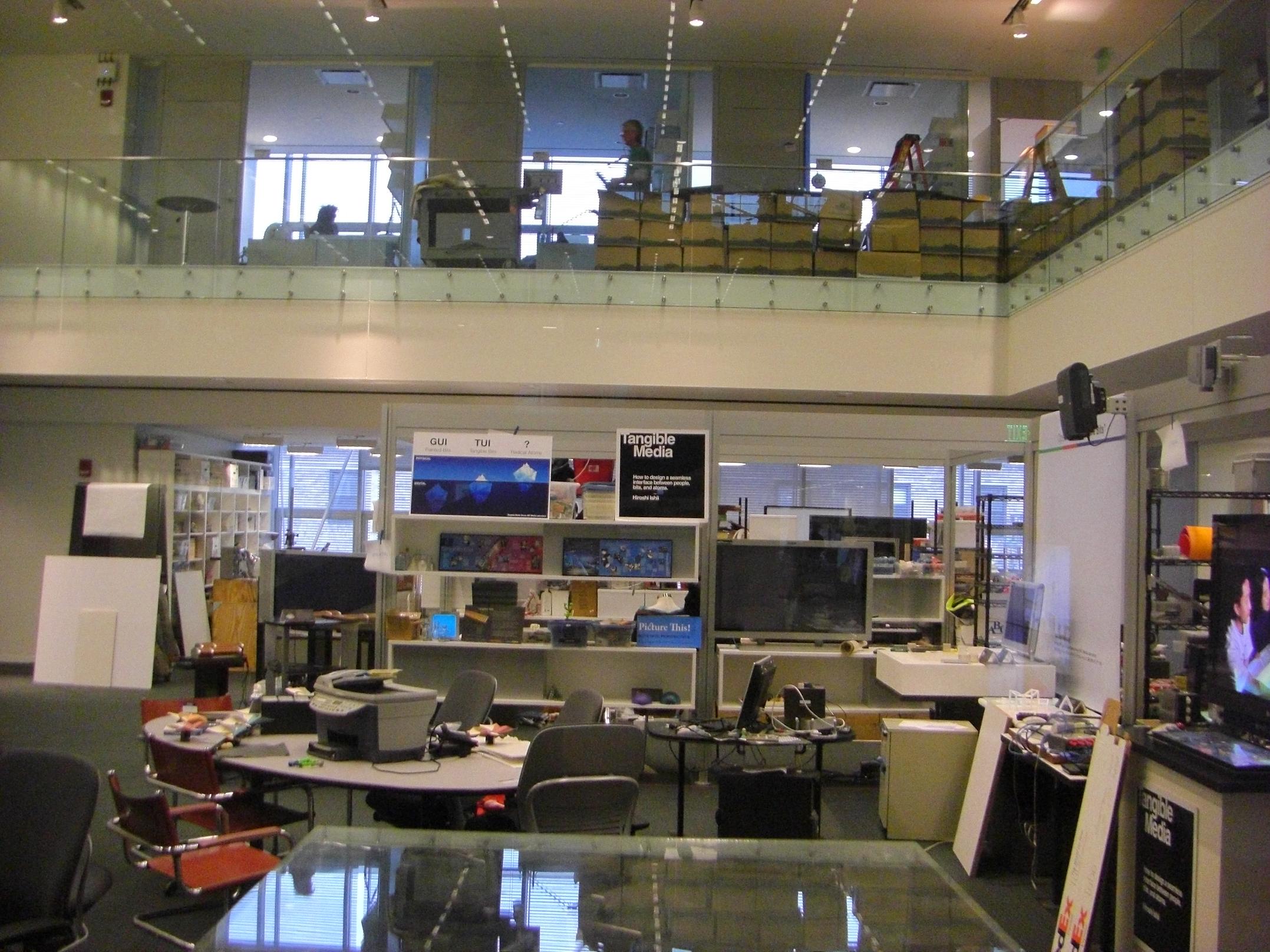 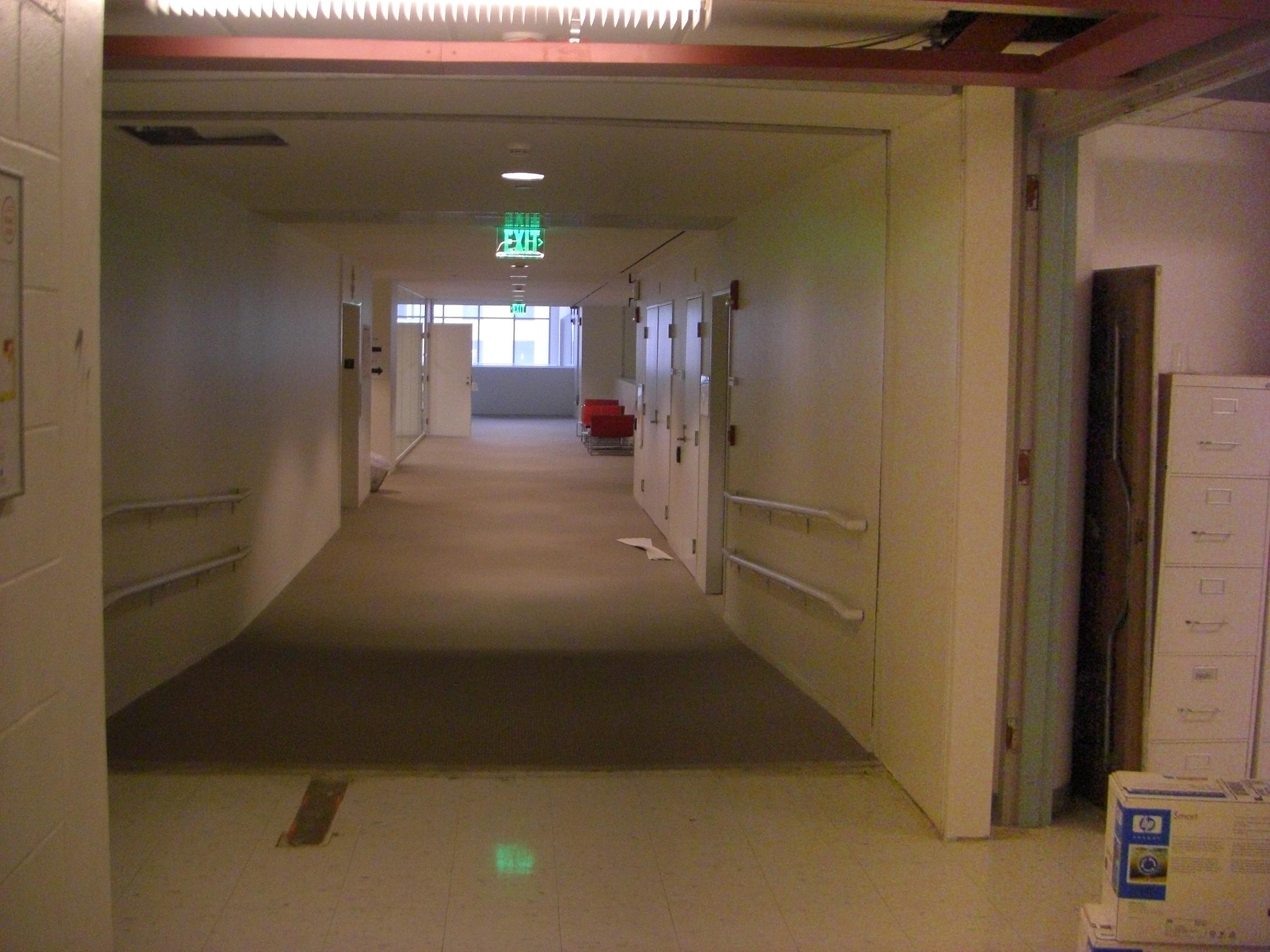