The second half of that aluminum billet was just sitting on the mill with the “make something using me to end your pains” look.

And so I did. Now introducing the other Ghettopost: a cutoff tool holder! 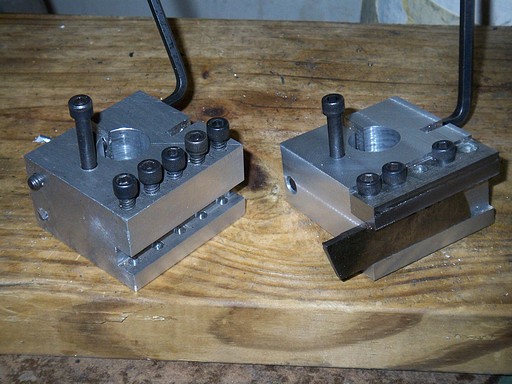 For the uninformed, the MITERS lathe has no parting /cutoff tool holder. As addressed in my Intro to Ghettomachining post, the only way to get your part off the stock you started was by hacksaw. Some would dismount the part and hacksaw it manually. I usually just slammed the hacksaw on the stock, with the spindle running, and slice it using power.

Either way, it wasn’t fun, nor particularly safe. And so with the relative success of my Ghettopost II from two days ago, I decided to complete the square blocks of aluminum and make a cutoff tool holder.

Using lessons learned from the turning tool holder, this build went much smoother and with more accuracy. 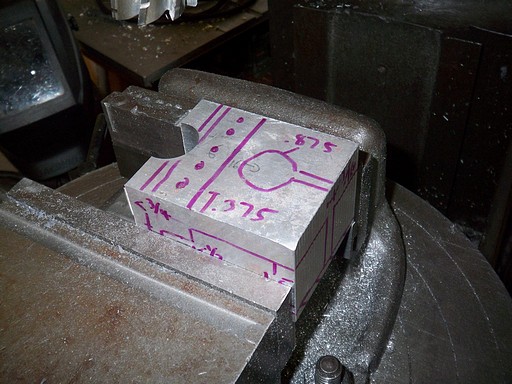 Sketching the outlines of the finished part in lieu of a full drawing helped alot. This was the other half of the giant aluminum billet that I bandsawed in half. First step was to shorten the height to 1.5″. For this, I used the giant shell mill, doing it all in one .400″ deep pass. 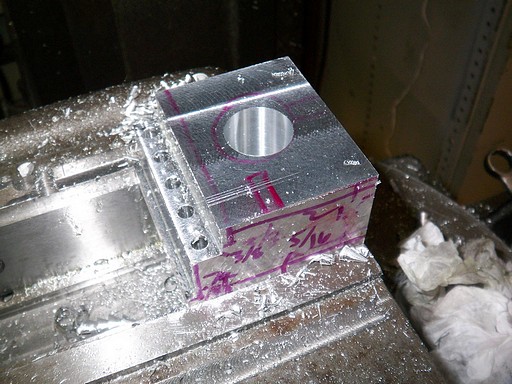 After the block was planed down to height, it was time to mill top features. The “stairstep” shape is to hold the tool as well as a clamping bar thing to lock it firmly into the holder. The large hole was started with a 13/16″ drill and then finished off to size with a boring head, just like last time. 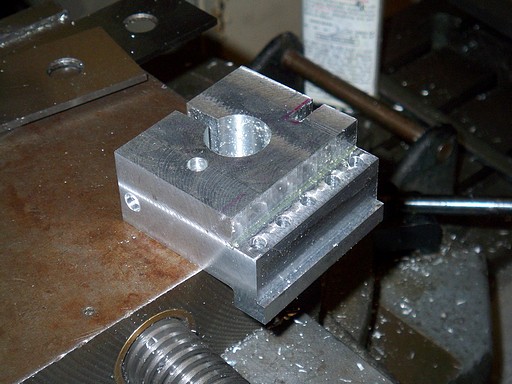 After the top features were machined, I turned the block around to drill the horizontal clamping hole. Then around to another side to mill the Slit of Clamping. Finally, I flipped it over and cut 5/16″ out of most of the underside.

The reason for doing this is because the cutoff tool is a very tall and narrow tool. I sized this post according to the remains of a 3/4″ cutoff blade that I found. Because its cutting edge is correspondingly 3/8″ higher than the highest I accounted for. As a result, the tool has to sit lower than the flange on the 1″ post I turned.

The solution was to raise the contact surface of this holder to account for the increased height of the tool. The cutout is 2 inches square, which overlaps the 2 inch diameter flange and allows the little step at the bottom to hang off the edge of the compound slide. 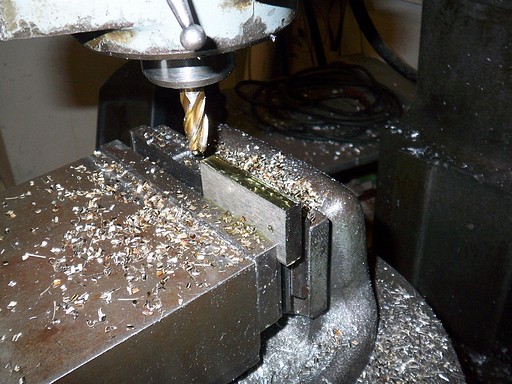 After the holder body was done, it was time to make the clamping bar. This would have taken a few minutes if I had some 1/2″ steel square rod. Unfortunately at MITERS, everything is around when you’re not specifically seeking it out, but I couldn’t find a single square rod near half an inch. 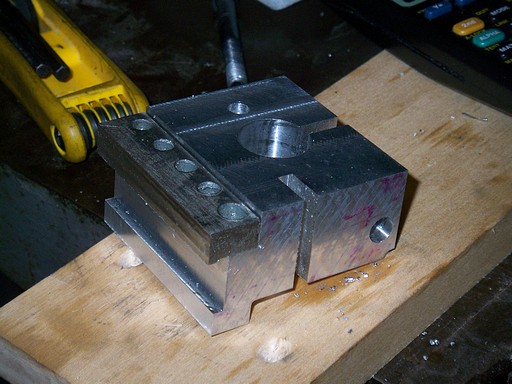 The complete clamping bar, with holes drilled. The first hole was accidentally drilled for a 5/16″ clearance because for some reason I thought I was using 5/16″ screws. Fortunately, it does not affect anything, as the tool will point out the other way.

The clamping bar reaches over the tool bit and has a little lip on the edge to prevent it from tweaking sideways.

And thus, with some added hardware, the cutoff tool holder was complete. Here’s a video of the inaugural cut, through nothing less than quarter-inch walled, 2″ diameter steel pipe. It was great.

Now that I’m done making tools, I can start BUILDING ROBOTS! To complete the full complement, I’d have to have a dedicated solution for a boring bar. However, most of those fit in normal tool holders, so it’s not a priority.

Oh, here’s a picture of the ass end of a liquid nitrogen tanker truck. They go around every week refilling massive (20+ foot tall) tanks of LN2 around the labs. Shortly after I took this, the driver came around and chased me away. 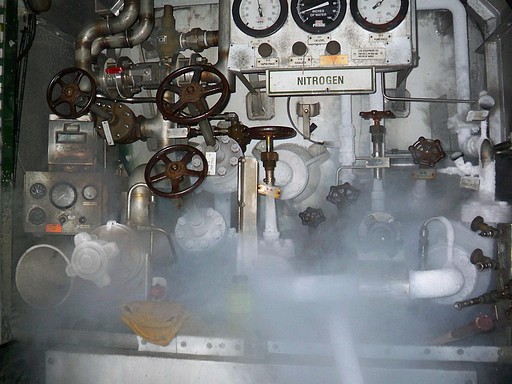