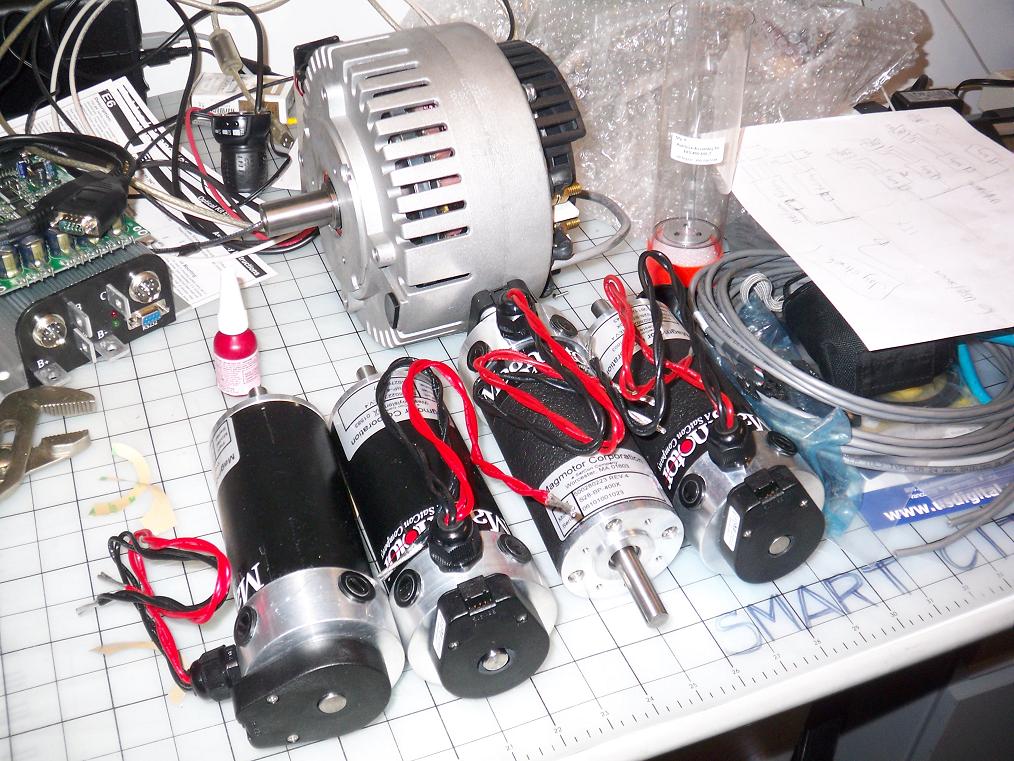 Hmm, what is Charles doing with a brushless ETek and four S28-400 Magmotors?

And is that a gigantic controller next to the Etek? 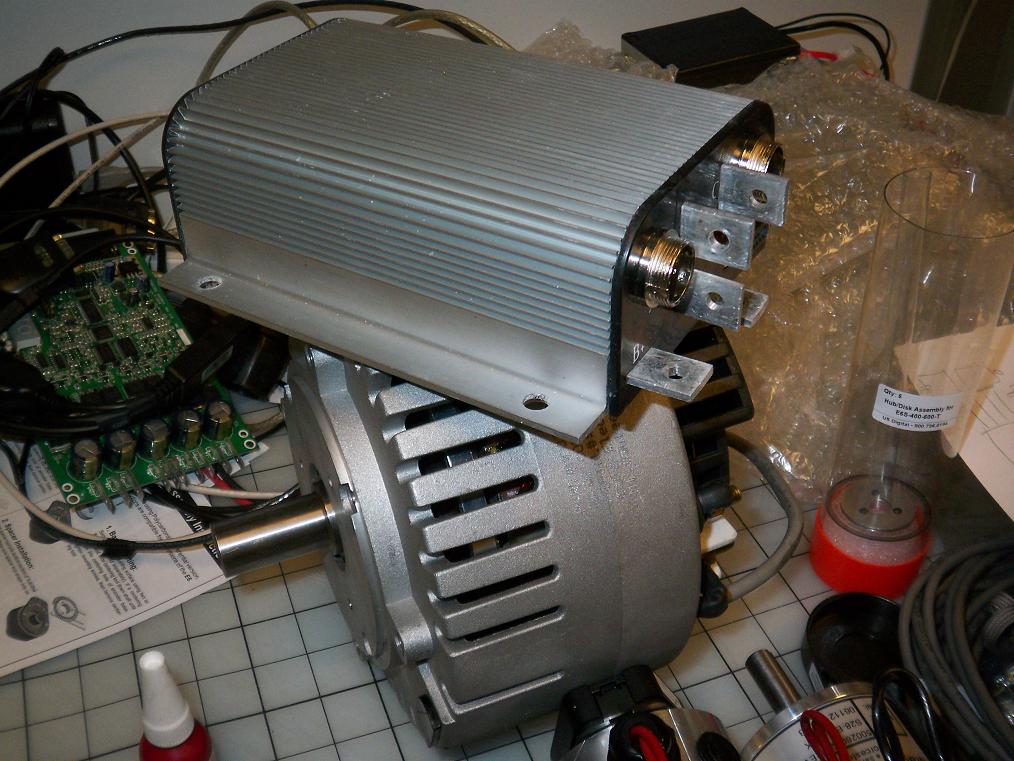 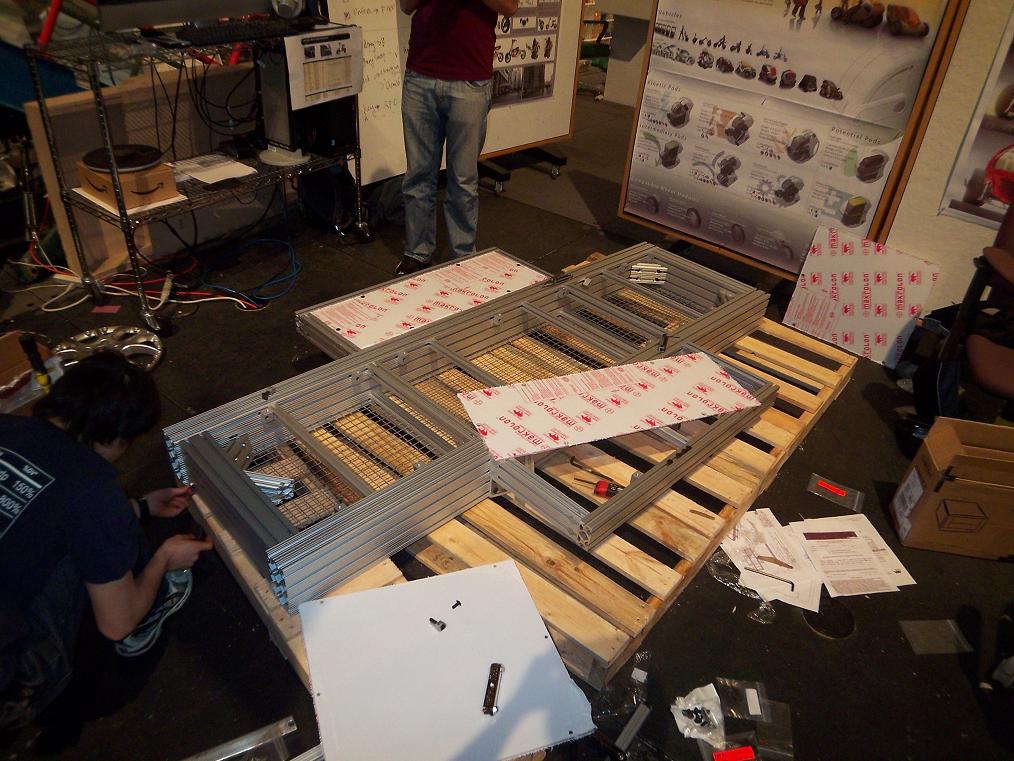 Luckily, it’s not for an entry in the recently announced Battlebots Collegiate competition to be held with ESPN, though there are spare motors and controllers and I am in rather good standing with the ML folks.Â  Instead, it is for the Media Lab’s newest mental project, a 4 wheel drive omnidirectional electric vehicle with in-wheel motors.

What a mouthful. I hope they give it a snappy name.

Above is the testing frame under construction. The chassis “rails” are 4 x 8 8020 extrusion – i.e. fuxing huge. Equally huge batteries will be mounted between the rails, and controller & accessories will be stored in the side pods. The whole thing will have a Lexan-and-8020 look, like many small robot arenas. I like. I have yet to get authorization to install LED modules in the Lexan parts.

The corner areas will eventually house four omnidirectional-steering-capable electric wheel modules. One brushless Etek might be driving each wheel, or a premade commercial hub motor will be. It hasn’t been determined yet.

I personally vote for commercial hub motor, since then there will be more spare Eteks (and it will be easier to interface with the steering mechanism!)

Oh, and have you guys ever seen aluminum foam? 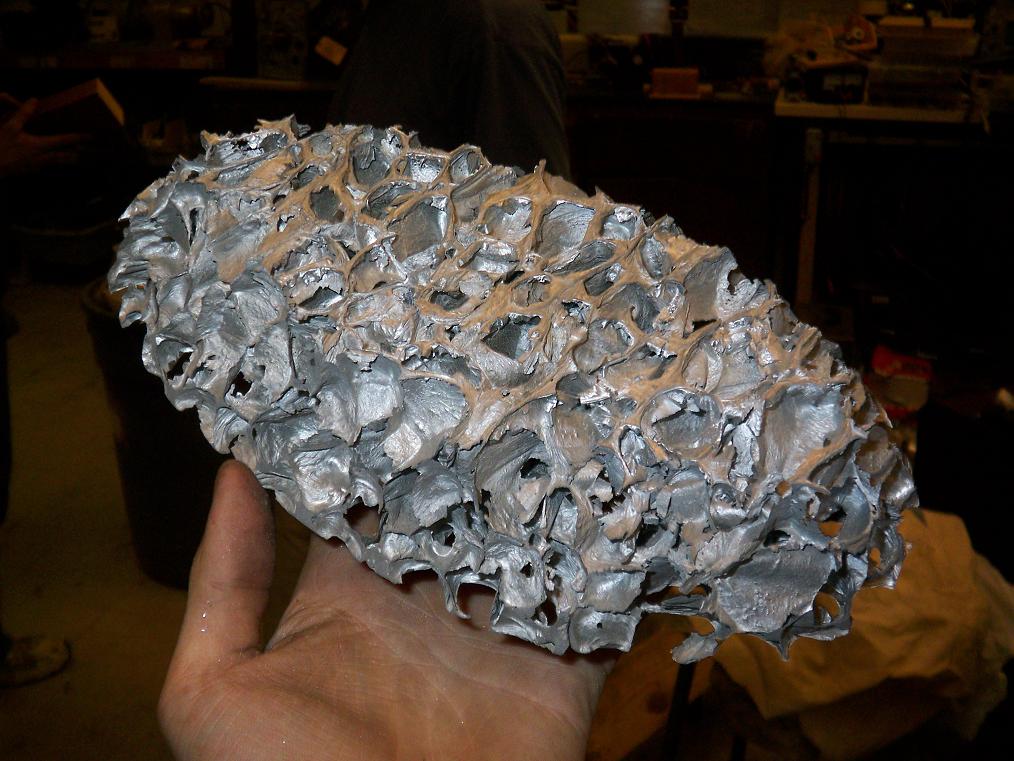 2 thoughts on “A weekend of building shenanigans!”