It’s the slightly confused illegitimate offspring of a British noble with a Malaysian mistress, who grew up in the care of a Chinese nanny. That’s just about the quickest way to describe it. It’s an interesting mashup album of Southeast Asian culture with British heritage. The official language is English, but on the streets people usually speak either Mandarin Chinese or a hybrid of English with Malay and Chinese (which sounds weird, but I can parse it when I can phonetically understand it due to the grammatical structure being not unlike Chinese…) You also drive on the left side of the road and walk on the left side of the sidewalk, which, needless to say, caused me to almost run into people several times and the aftereffects of which are still being felt since I now have to switch back to instinctively dodging oncoming pedestrian traffic on the left hand side once more. 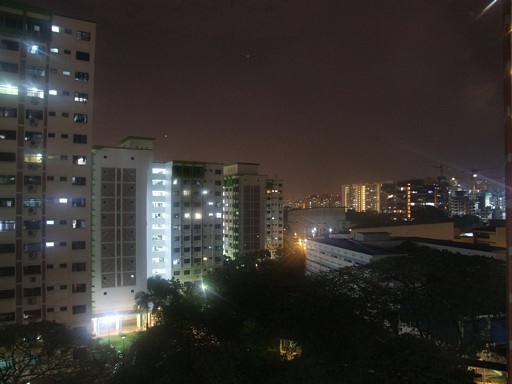 So what’s the actual reason I ended up halfway around the world for a week? Some time last month I was invited by the Singapore University of Technology and Design, under the auspices of the Department of Mechanical Engineering at MIT, to attend a January information & future student recruitment session promoting the new university. SUTD is partially a MIT collaboration, the goal of which is to export key features of the various design schools and courses here and create an institute centered on the “hands-on” style of teaching design – whether it be product development, engineering, architecture, or whatever else requires design, which really is everything. Several of my peers in MechE have already been working closely with the SUTD nucleus to pilot and explore potential directions for the engineering side of things.

Now, how better to promote “hands-on” than entertaining the audience with a bunch of rideables and demoables? That’s what I ended up doing, at least to the limit of what international baggage allowances deemed acceptable. I ended up physically bringing RazEr rEVolution, the “homicide-skates“, Nuclear Kitten, and a pile of 3d-printables. Everything else, I just made some informative posters for, which will be shown later. 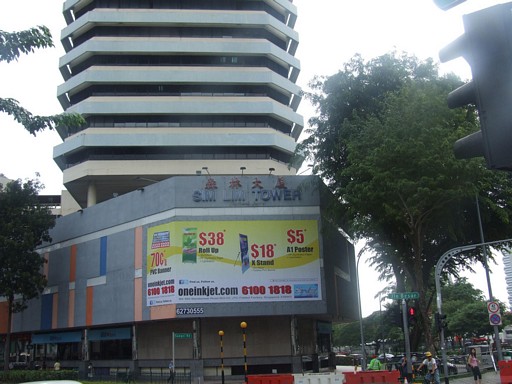 On Saturday morning, immediately after punching out my sleep schedule and tying it to a fire hydrant, I struck out retracing the steps of the great explorers before me.

Specifically, I started scouting out places to get parts. Something you don’t see (often) in Western nations and which I’m glad has stuck around as a behavioral tic of Singapore (if we want to talk about confused offspring) is the abundance of places to get non-consumer-grade parts and components. Such a “fix-it” and “build-it” culture has, sadly, all but died out in most Western nations. During my last trip to China, unfortunately before this current iteration of the site dating back to July 2007, essentially all I did was run around Beijing checking out the hardware. And I’m content to say that my decidedly non-tourist behavior here has been just as productive.

In Sim Lim Tower (NOT SIM-LIM SQUARE ACROSS THE STREET) there are three floors worth of small shops and stalls which sell everything ranging from the very commercial, such as these prepackaged electronics kits: 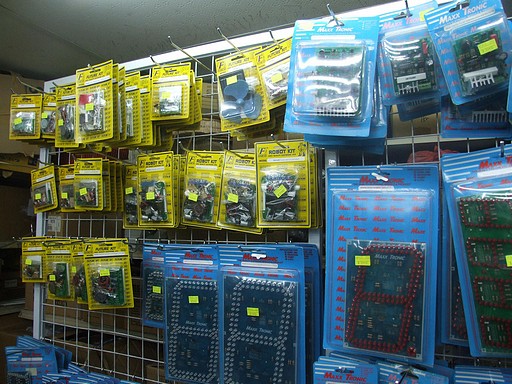 … to the slightly out of the ordinary but still organized bulk parts and discrete components, such as these LEDs (and up to and including SRAM chips and entire microcontrollers). See, I almost feel like I should get a little cute baggie and a mini-shovel and just start mining in the bins. 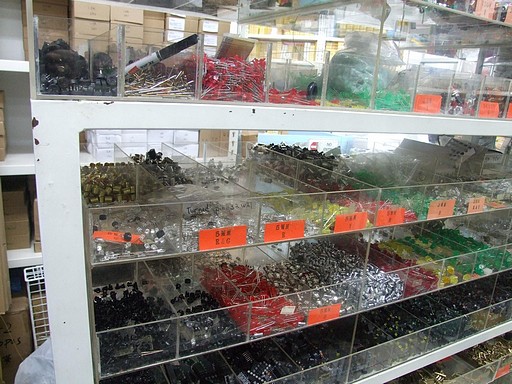 And then you have things like this physical embodiment of what my basement will probably look like in 30 20 10 years time. 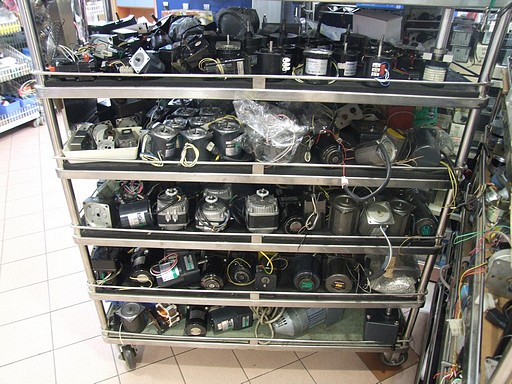 Now, since the Singapore Dollar is roughly on par with the US Dollar (exchanging at about S$1.25 to US$1 as of the now), I wasn’t able to clean this guy out. British Airways would have flipped a shit at me anyway, and I probably would have shut down all of Boston upon arrival.

It also meant that all I could do was press my nose against this guy’s display case: 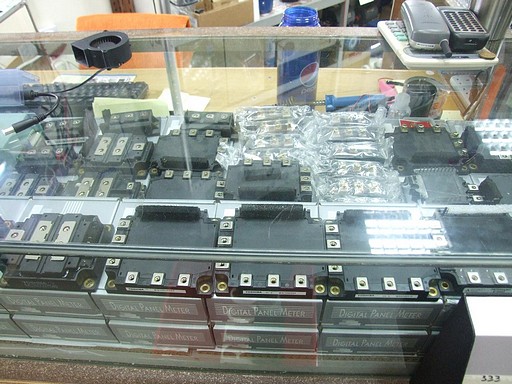 If you know me, you know that as a Mechanical Engineer I have a penchant for enormous semiconductors. Sadly enough, they weren’t that much less expensive than if I bought them new and commercially. These guys fix industrial motor inverters and deal in  electric motor drives, so it’s unsurprising these modules are just chilling in a store window. 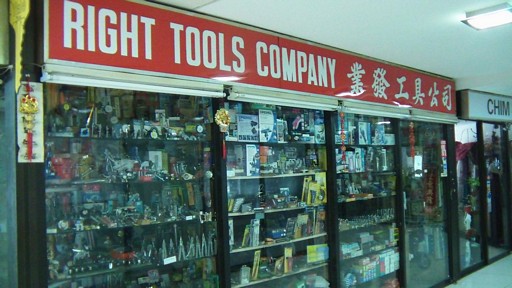 The vast majority of these small shops are a small storefront crammed with wares and having a single internal aisle about 0.8 persons wide, also stuffed to the brim with product. You generally don’t go and pick something off the shelf; rather, you ask the guy about what you want and he (somehow) finds one. It’s the same process that governs how to find parts at MITERS, except the shopmaster isn’t me. This place had a great selection of random small hand tools and some fasteners and other implements. It’s like if I distilled an American hardware store down to a fuming concentration.

The collision of Southeast and West (because let’s face it – Singapore is not really “East Asia” geographically) results in amusing regions of stability like this: 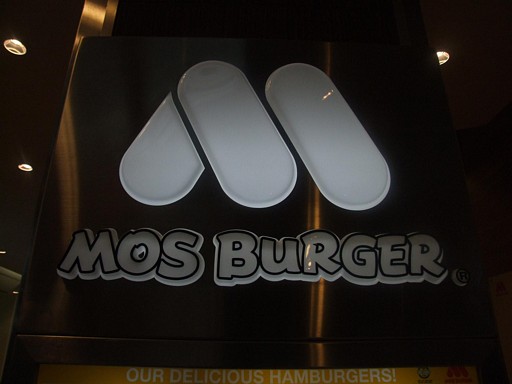 It’s some hybrid burger place that serves both conventional, American-style hamburgers to Japanese and Malaysian/Indonesian inspired burgers of various flavors and architectures. I approve wholeheartedly. 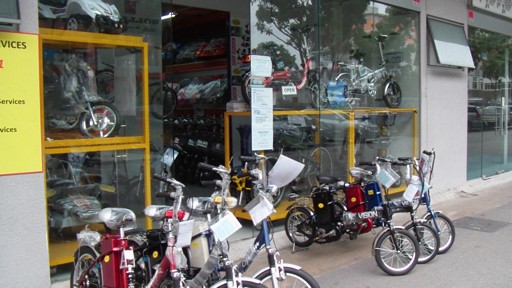 This place actually has a website, and they sell both bikes and replacement parts therefor. Those shady-looking brushess controllers you see on Ebay all the time? 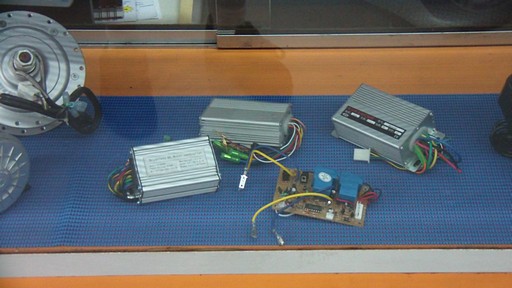 Yeah, I got one. Hey, yet another reason for me to avoid building a motor controller.

okay, what did i actually come here for again? 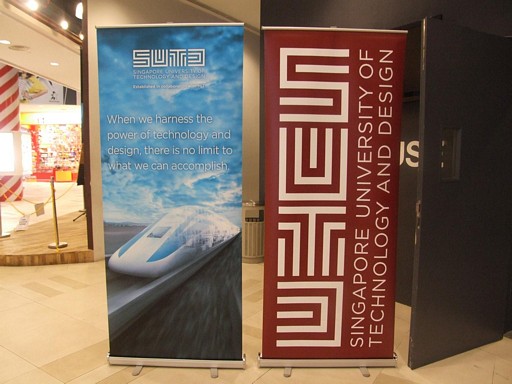 The event itself was held at a youth center closer to town. From the outside, it looks like a hybrid of the Media Lab with a YMCA, built around an enormous Luxeon Star LED. 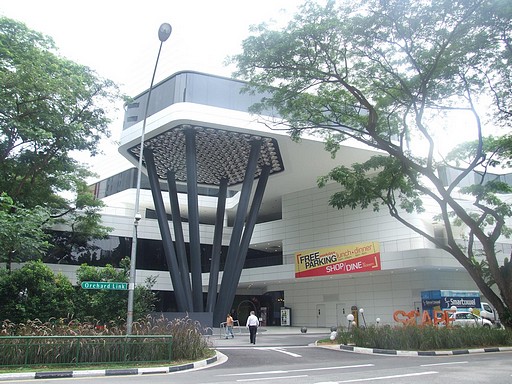 Oh, did I mention the event was geared towards women and girls? I didn’t know that until a few days beforehand either.

Delight turned quickly into disappointment as I discovered they actually meant geared towards junior high and high school students, in an attempt to entice them towards a career in design and technology. At a university which, conveniently, is opening to students about when they graduate. Hey, I’m about to graduate too (I think), just from the next level up. 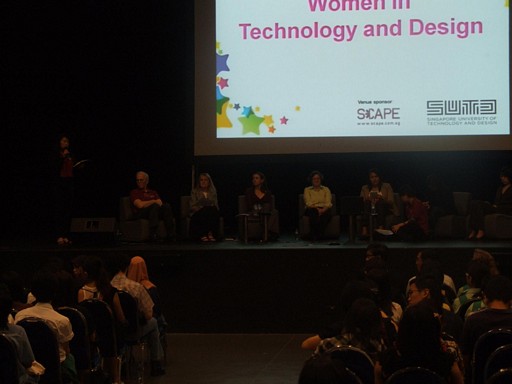 Much of the event was a presentation and talk by the SUTD nucleus. Essentially all the top-level admins were in attendance, including the SUTD President, Tom Magnanti, a former MIT Dean of Engineering. 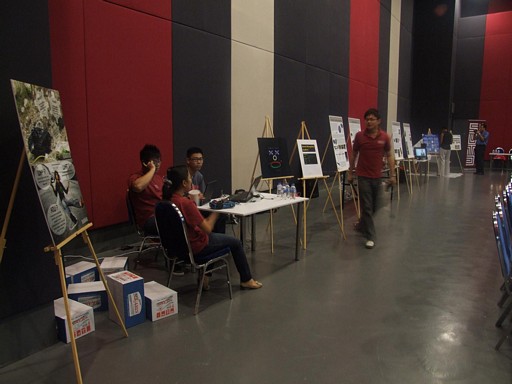 Along the perimeter of the conference room was the poster and demo session featuring works by SUTD and MIT students and interns. The students wandered around the displays before and after the main talks. 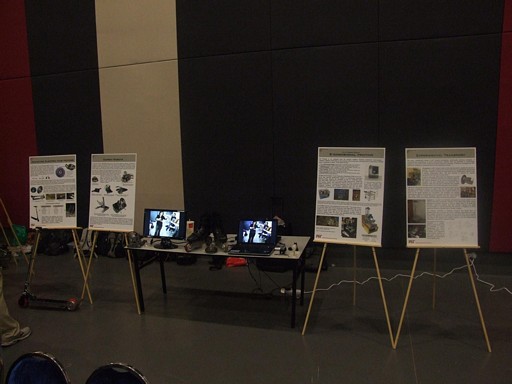 Guess who spammed about 40% of the posters by area?

You can clearly see the goodies on display, and the Segfault video playing on both my computer and a supplied spare screen. The posters, from left to right, are about hub motors, combat robots, 3d printing, and LOLrioKart. Okay, and Segfault too – I wasn’t sure what the unifying theme of those two were besides “EXPERIMENTAL VEHICLES”. For reference, the actual full size PDFs  are linked.

Don’t nipick the details – I had to do alot of condensing and de-technification (is that even a word?) since I wasn’t sure what the audience was going to be even as I made them. Also, spot Make-A-Bot‘s new project name.

The event itself was about 3 hours in duration, but with a long taper-off at the end when students were checking out the posters. So yeah – essentially, I got flown to Singapore for a week (airport-to-airport) to attend a 3 hour event. But it was awesome. And warm – the weather hovered around 85 to 90 degrees (F) the entire time. Upon arrival in Boston, I was greeted by 34 degrees, piles of dirty and melting snow, and of course rain. Then it proceeded to all freeze solid.

I hate to knock pictures from Facebook, but I absolutely must share these two from the SUTD album of the event. Here’s the Provost of SUTD taking a spin on RazEr rEVolution after the event concluded: 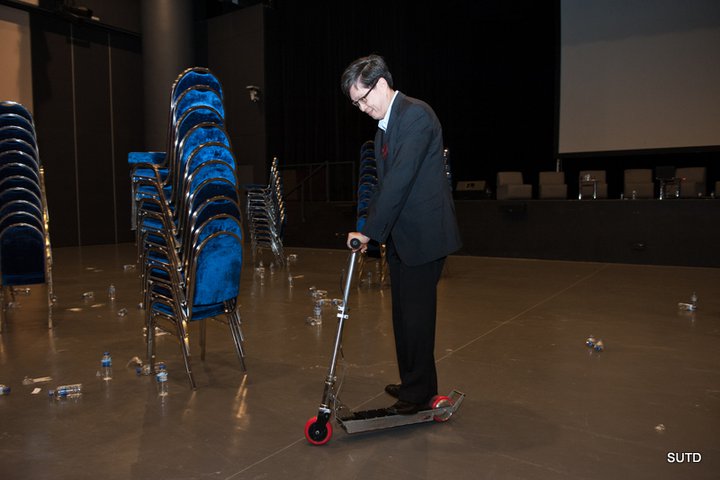 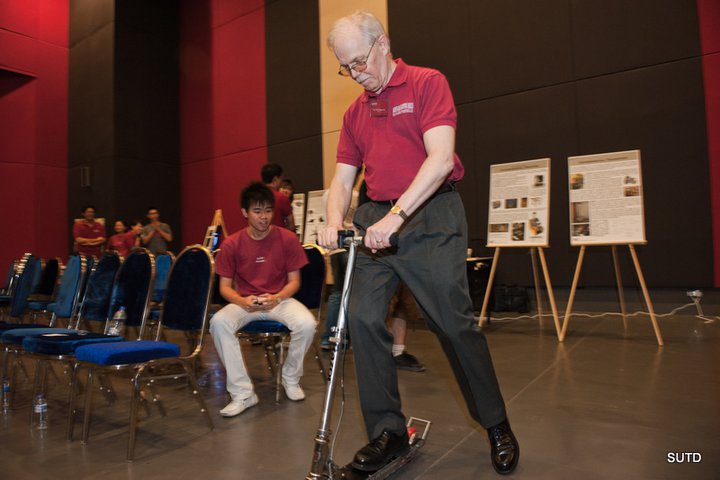 So my new goal is to get L. Rafael Reif and Susan Hockfield to take a ride on RazEr. 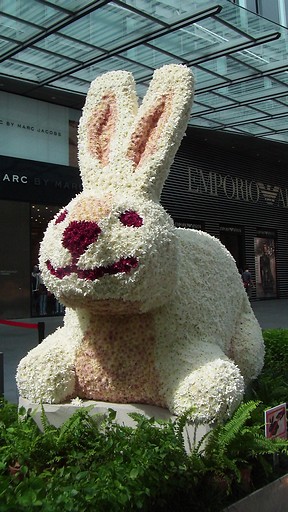