What’s nice about having no job or class obligations: The ability to haul ass day and night on one thing.

What’s not nice about having no job or class obligations: The ability to haul ass day and night on one thing, because people like me don’t know when to stop.

I have now reached the point that the only thing stopping me is electronics. This essentially means if the competition were TOMORROW, I could duct tape together an electrical system and have the bot run plug it in backwards. But i won’t do that – instead, I can now make the electronics mounting provisions.

…okay, so I haven’t designed them yet. This will come down to another game of CAD by night, build by day. Hopefully, with less than the whole bot remaining, there should only be one session of this game.  If all goes well, I expect ‘clocker to be running – possibly not well, but running, by Thursday. 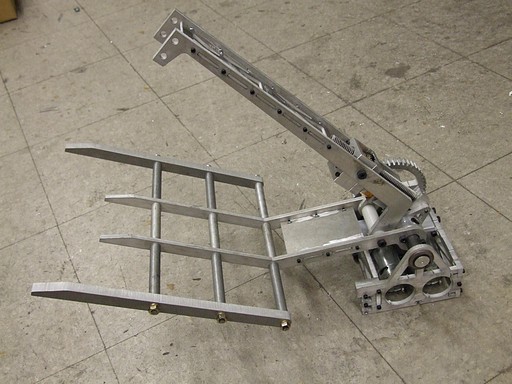 It’s a half robot!

With the IDFBs, upper clamp arm, and fr0k assembled, it was a simple matter test fitting the entire assembly. All I can say is that everything actually works as expected. The weird split-clamp-shaft-collar-hub idea can be dialed pretty precisely for torque such that the main gear just spins on the axle if I attempt to power the whole assembly past the mechanical limits.

Check out a test lift of a 25 pound isolation transformer doohickey here.Note that this run was filmed with the gearboxen running on 12 volts (out of 22) and fed from a single pair of 20 gauge alligator clips. Not very exciting.

If only the bot can be clamped to the arena surface in real life. Then I wouldn’t have to worry about faceplanting. 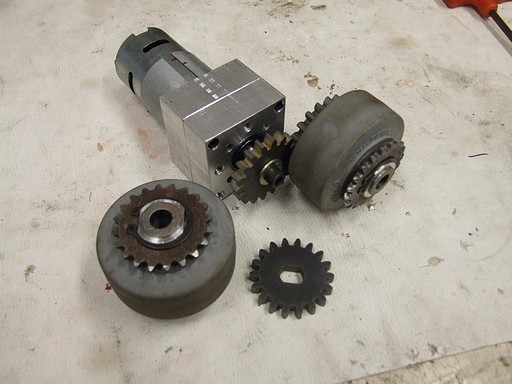 I finally finished the drive gears, which are 1/4″ waterjet-cut steel. Note the double-D flatted bores that slide right onto the motor shaft and are retained by a non-torqued screw. The finish obviously leaves a bit to be desired, but it’s nothing that’s not fixable with some running time covered in polishing paste. 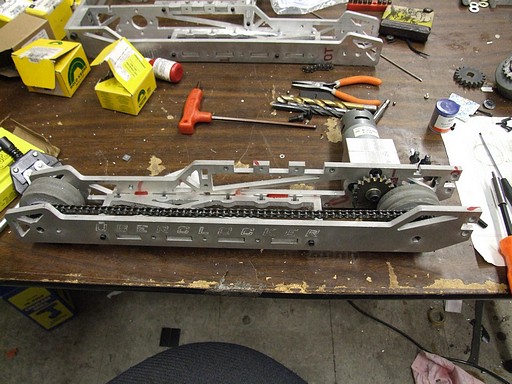 I started tearing the Pretend-O-Bot frame back down to put the drivetrain together. There were a few holes that needed countersinking because I forgot to account for the fact that…again, screws are 3-dimensional, occupy volume, and have protruding heads.

I only needed to remove about 6 links from each 3 foot roll of chain to get a taut-but-not-binding fit between the sprockets. This should get slightly looser as the bot runs, which should actually move it into the proper operating tension zone. Right now, the chains are definitely on the stiff side. 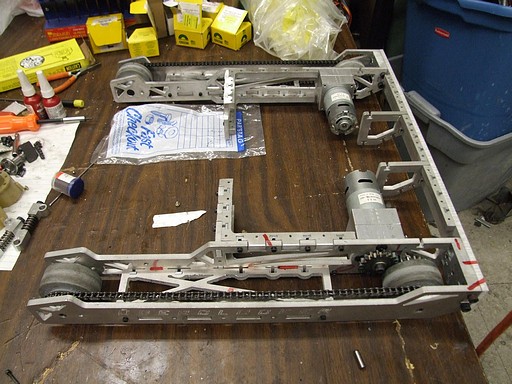 So here’s the other side of the robot. The drivetrain is done. If I were truly desperate, Überclocker could run in this state as a pushybot. 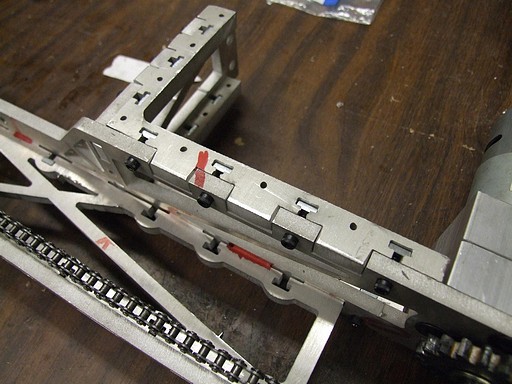 I went ahead and loaded up the frame with t-nuts in the hope that I would not have to take it all apart again.

Watch me be TOTALLY WRONG. 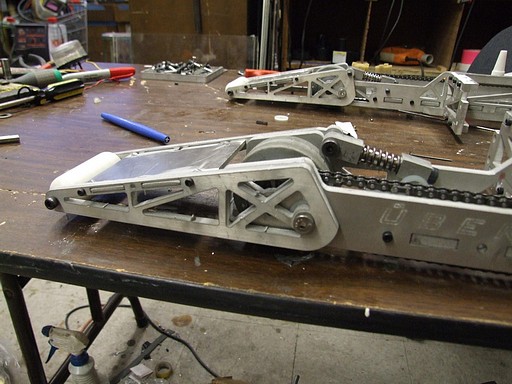 I shifted work towards the front and finished assembling the legs. By this time, I had so many shoulder screws lying around that I forgot which ones go into which part of the assembly.

No matter, I just picked ones that looked right. 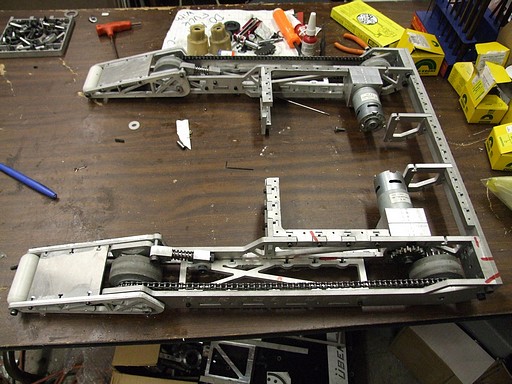 Legs on the drive base! So with the bottom half of the robot frame assembled, and the fr0k assembly put together and tested, there was only one thing left to do. 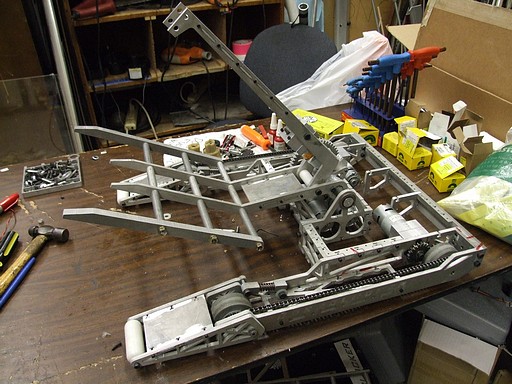 Oh man. It’s almost there. One or two more beast nights and it will be all over.

I get to synchronously repair LOLrioKart, make the bot crate to get it to Atlanta, move back into the dorms for fall, and handle pre-term logistics. 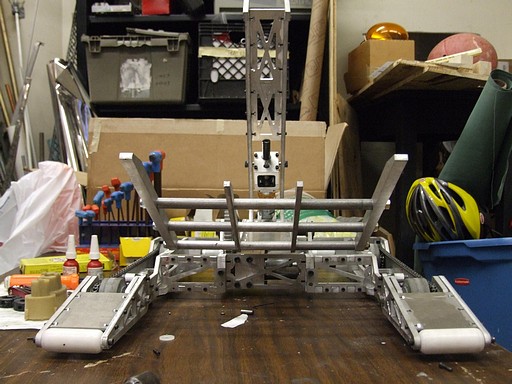