As a brief aside from my ongoing efforts to transform my new “storefront” website e0designs.com, which apparently 1700 of you have already seen in a state of abject disorganization with phrases like “polka dotted bacon strips” interspersed between stock grainy photos of robot parts, I’d like to draw your attention to a particularly niche interest of mine which I hope to draw more into the spotlight through 2013 as one of my ill-thought-out New Years resolutions (one of which was making that website, and 90% of which have already been shamelessly abandoned).

First of all, a design space is a somewhat wishy-washy word for the set of all independent variables, and hence all theoretically possible variations, of a certain design. We can say for example that the design space of all wheels encompasses variables like diameter, tread pattern, tread material, core material, bearing type, bore size, width, and potentially many more. A design space for Uberclocker’s fork might be all the possible lengths of forks, angles of departure from the ground,  and placement of the center axle that meet the goal of not making the robot lurch forward upon lifting an opponent, which we would have to define specifically as a test case. Design spaces are usually associated with goals or cost functions, and design space analysis is aimed at meeting the desired criterion of the design through systematic breakdown of requirements and approaches.

Which is why I would like to present the work of Cynthia Lu now, as a testament to her powerful integrative design approach towards expanding the space of solutions for making engineering kawaii. Cynthia is the mastermind behind Arduino-chan: 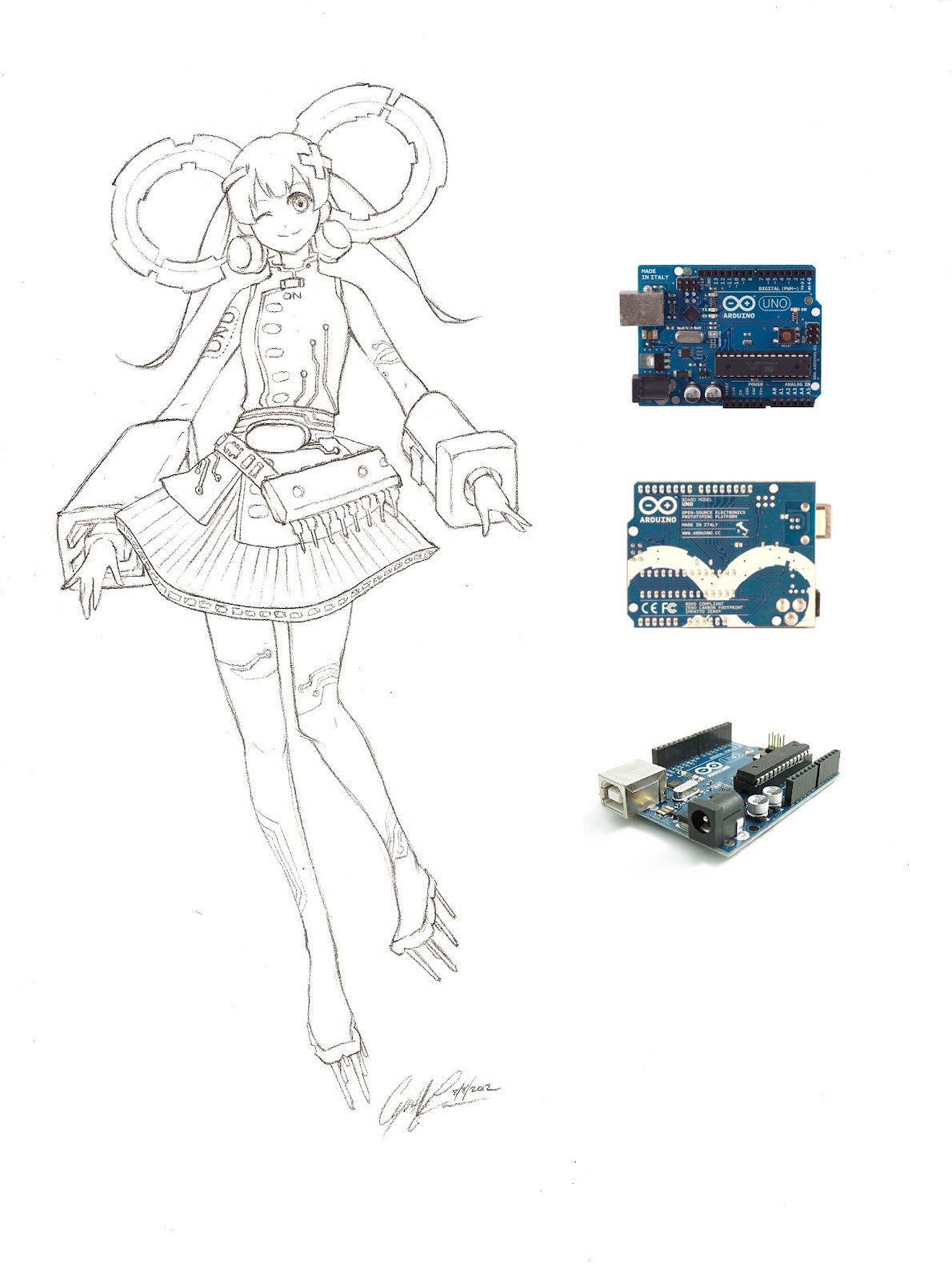 What. I know, right?! She also has a tumblr which contains other gems like Team XBee. I foresee much fanfiction potential between Arduino-chan and her XBee friends, seeing as how often real XBee modules are used in conjunction with Arduinos. She’s also working on her visual art and graphics design career in other ways.

(For more information on the extremely Japanese practice of moe-anthropomorphism, see this TVTropes article, because I’ve abandoned Wikipedia completely for such things, though their article is also quite comprehensive.)

Anyways, I have nothing else particular to say on the matter. Stay tuned for an update on Chibikart running with Hall sensors, as well as an Überclocker update!