…because not only have I not had time (huh?) to really work on anything in depth, but…

Okay, so it really is because my day to day business is taken up by assisting in teaching MIT’s renowned 2.007 Design & Manufacturing I course (to atone for my sins), partaking primarily in the logistics of the class and also in part acting as a design advisor and tutor. That task is not one which is very atomic. Students can come and hunt you down to ask questions and consult for design advice almost any time you venture through the shop, and there are lots of little overhead things you do if you are in charge of an entire lab section which take a nontrivial amount of time – things like ordering parts, office hours, Arduino crash course study sessions, grading… Oh god the grading.

Because of that, there haven’t been much in terms of new developments, at least not at the speed I am usually known for. The hell is this “not updating my site in a month” thing? Usually if I don’t throw up something in a week and a half, something has gone horribly wrong, such as being hit by a angry quadrotor. To remedy this, I’m just going to dump everything that’s been going on.

Here’s some updates from the Electric Vehicle Section front, which in the grand scope of growing young seedling engineers, is like my personal victory garden or something. Remember the one-powerpoint-slide “billboard for the class: 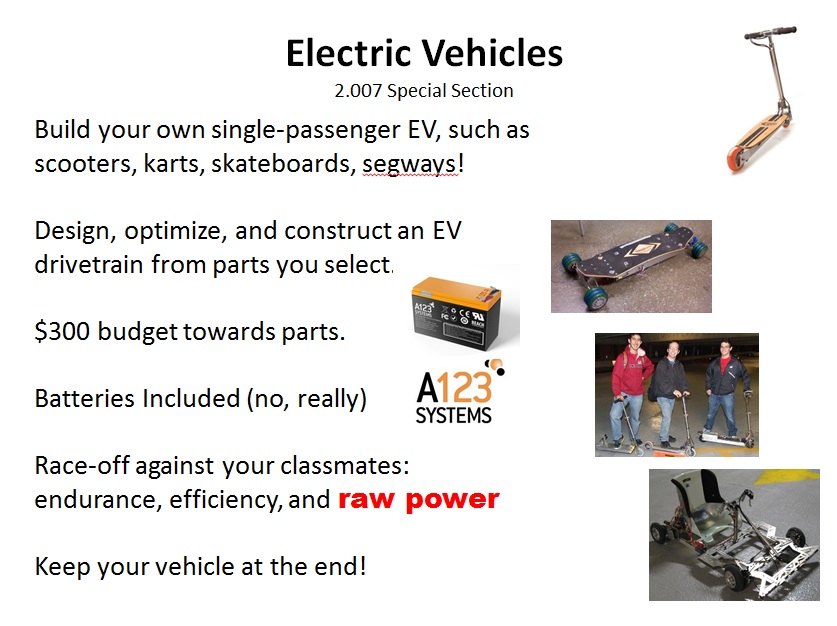 The format of the section itself is purely lab-oriented – students are still obligated to complete the class homework and exams, but this replaces the robot kit with free reign on Hobbyking and McMaster, among other places. I’m quickly realizing that this model is not exactly sustainable – while it was simple enough to handle the 4 or 5 students of years past, there’s 11 this year. Ultimately, this shows the conflict between class resources and ‘customizability’ where the students gets more flexible design and execution privileges – a “kit” based EV class would be no fun in my opinion, yet this level of freedom is a little much for both me, and the less experienced members of the class, to handle effectively. It’s not that it’s not working, but it is alot of work – conveying the message of using analysis and CAD in designing systems while actually building the system itself is a Herculean task that 2.007 tries to tackle to varying degrees of success every year. A better balance might be a more limited but immediately available set of parts and materials – 5 different motors, a bag of sprockets, and a pile of aluminum, for example. It’s something I have to think about if I want to take this effort EVEN MOAR SRS BIDNESS than it is this year.

Enough philosophizing – here’s Deathscooter-Adrian lecturing to the students early in the term about vehicle design…or how not to design your vehicle in his particular case. 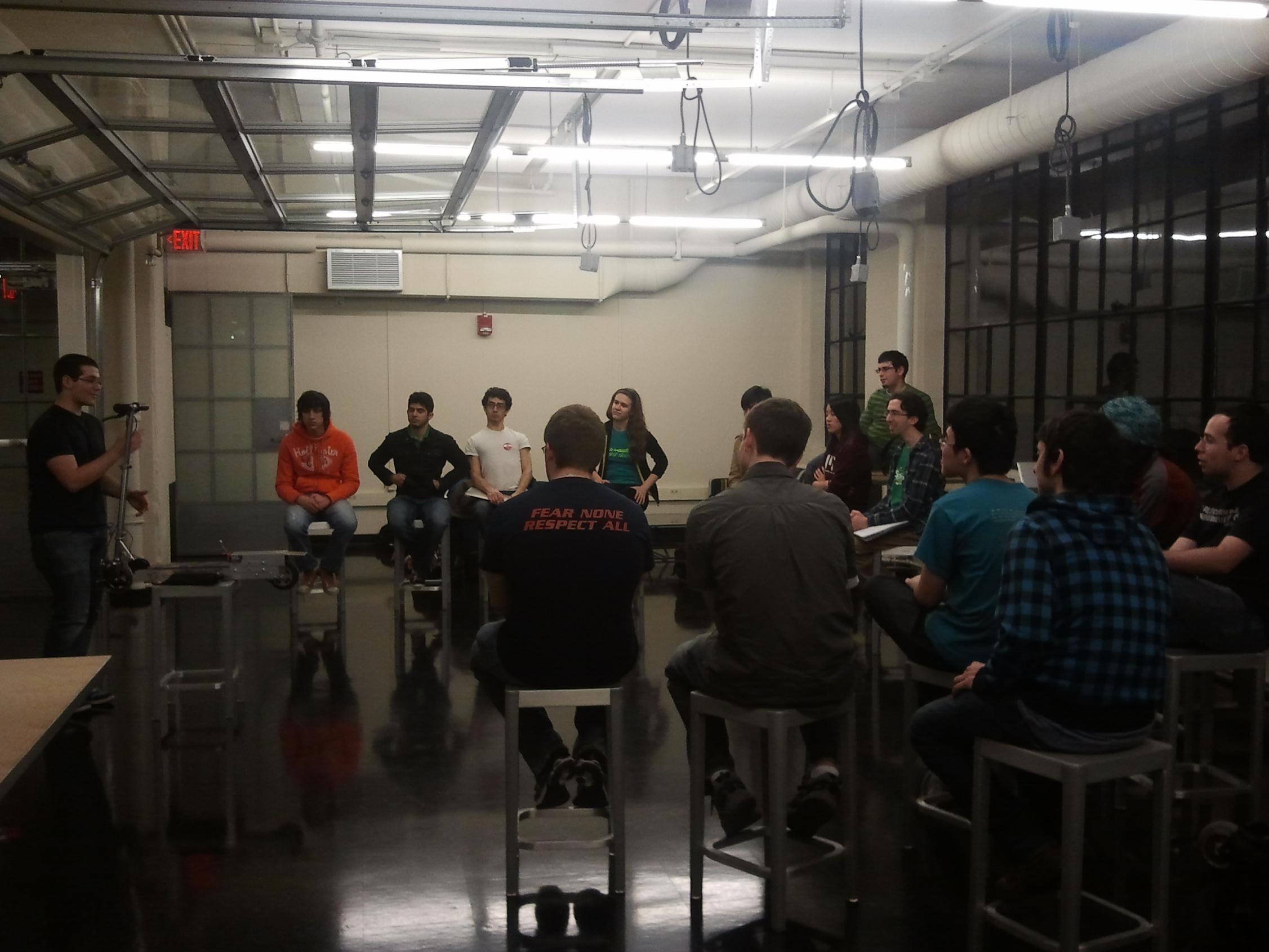 Some labs start with a “mini lecture” which covers little details of EVs that the main 2.007 lectures cannot cover, such as application of DC motor theory specifically to designing drivetrains.

The students are provided “$300” in materials and parts budget and the option of beheading a Razor A3 type scooter, like most of the MIT and Georgia Tech Electric Scooter Teams have done. 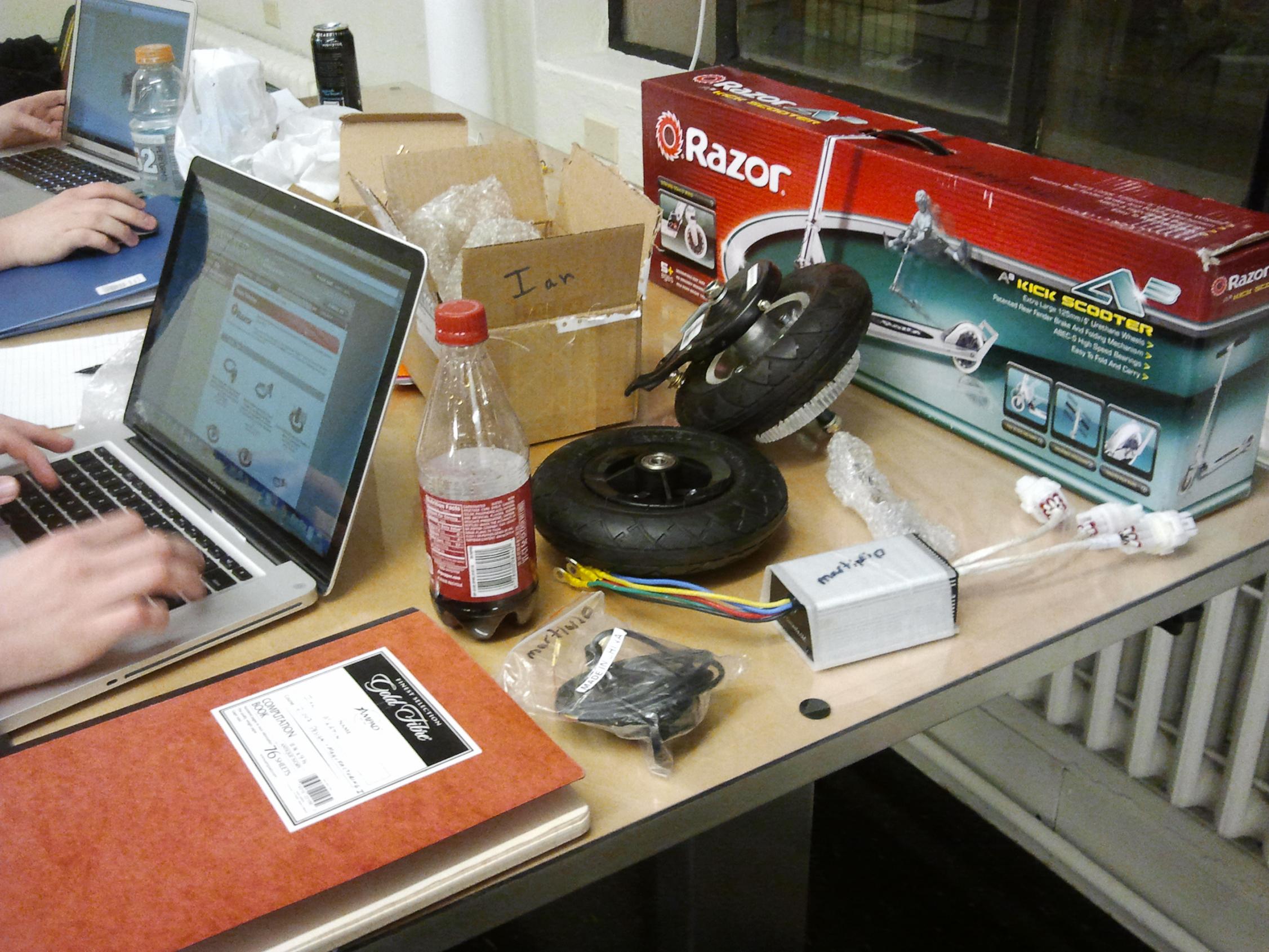 What it really translates into is that major parts such as the motor, controller, drivetrain parts, and frame materials should fit under $300 in nominal costs – you can perform an infinite amount of nickel and diming if you count every screw or steel rod turned shafting. A budget is proposed and submitted before ordering begins – I’m the order aggregator, sending out compiled McMaster, Hobbyking, SDP, Monster Scooter Parts, etc. orders every Monday and Wednesday. 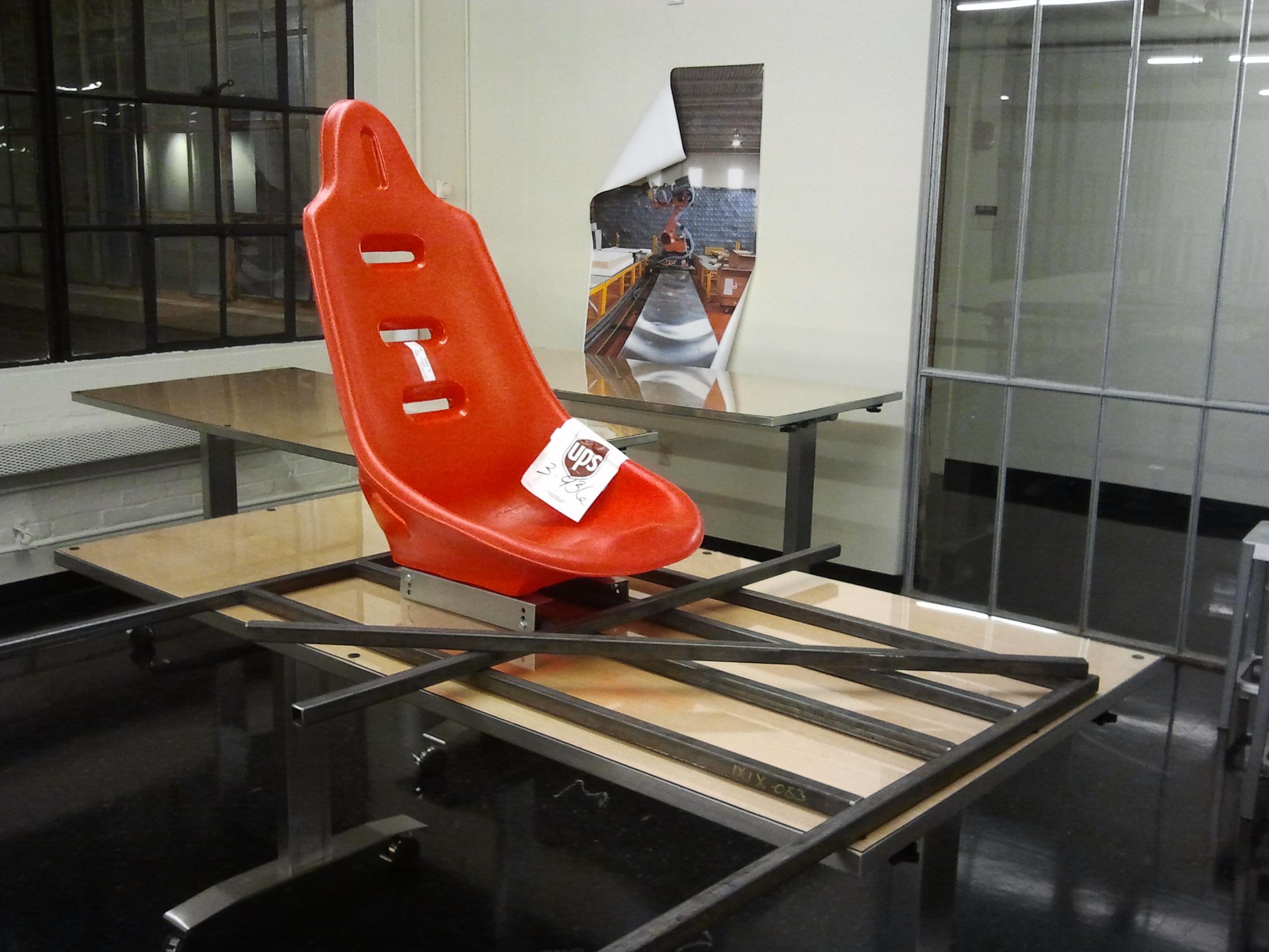 Now, you definitely didn’t have to build just a scooter or even stay solo – two students decided to team up and combine their budgets to create a go-kart competitor to tinykart. 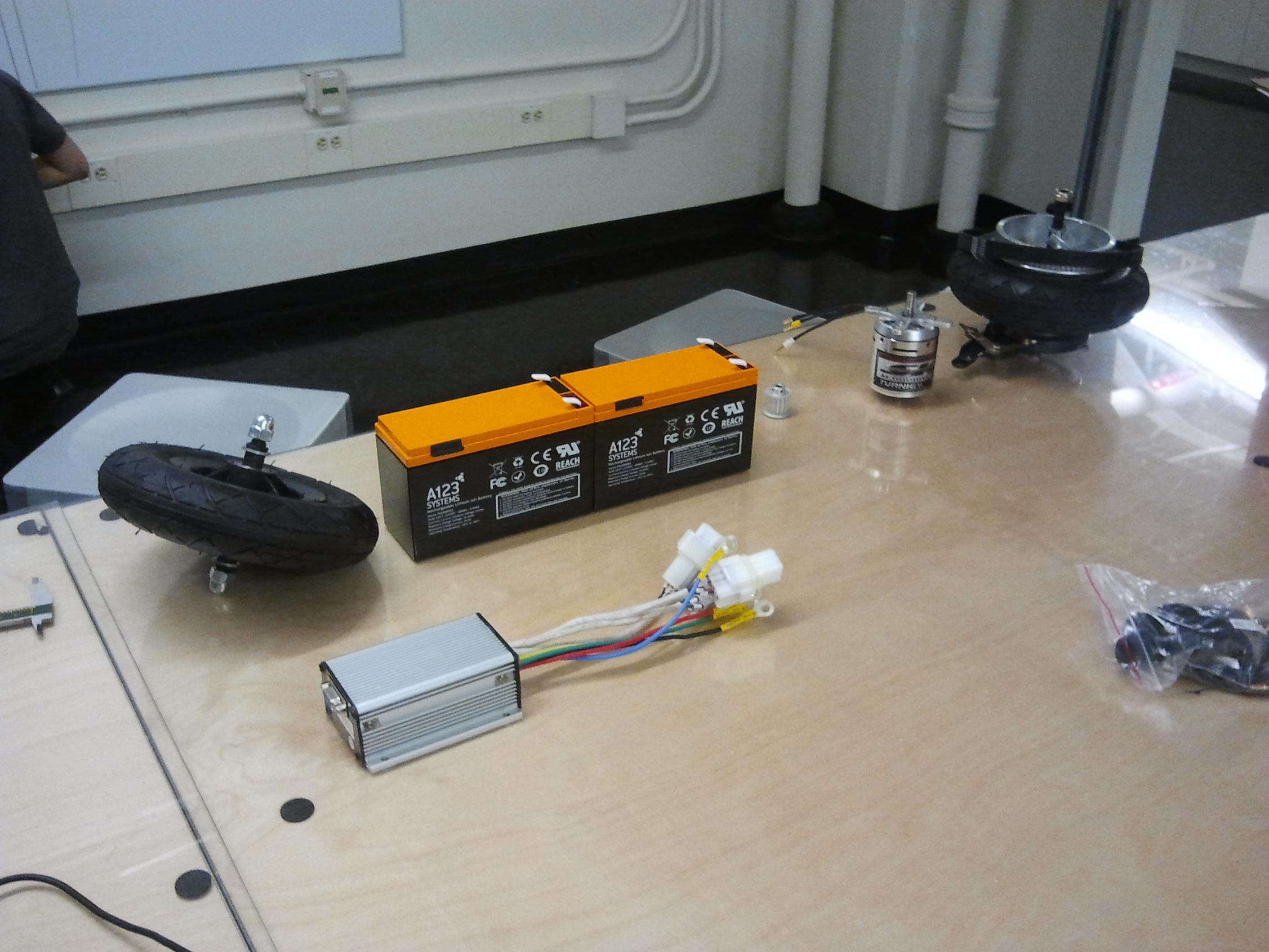 One major breakthrough for this year is a battery donation by A123Systems. These are A123’s new ALM12V7 12 volt lead-acid replacement modules that are essentially 8 A123 26650 type cells in a box that have been trained to pretend to be lead-acid. They have onboard charge regulation and balancing circuitry, and feature a built-in 30A (to be jacked up to 40A for the class) fuse and output protection. These are so much better than

2. Trying to get newbies to solder their own A123 packs from our pile of cells last year, which was a white-hair generating experience for all involved.

They are also of a “difficult” form factor – Fitting a house brick inside your vehicle is one of those design constraints that make the course interesting.

So shoutouts to A123. Ya’ll should… uhhh… go do commercial/industrial business with them or something, because they still won’t sell directly to end users and hobbyists. Hey, I love them and all, but I’m also not going to hold back in expressing my pet peeve of snooty American companies refusing to sell directly to the market as every Chinese shady parts house has learned to do in the past few years. Ever wonder why there are no American-made random small vehicle parts? 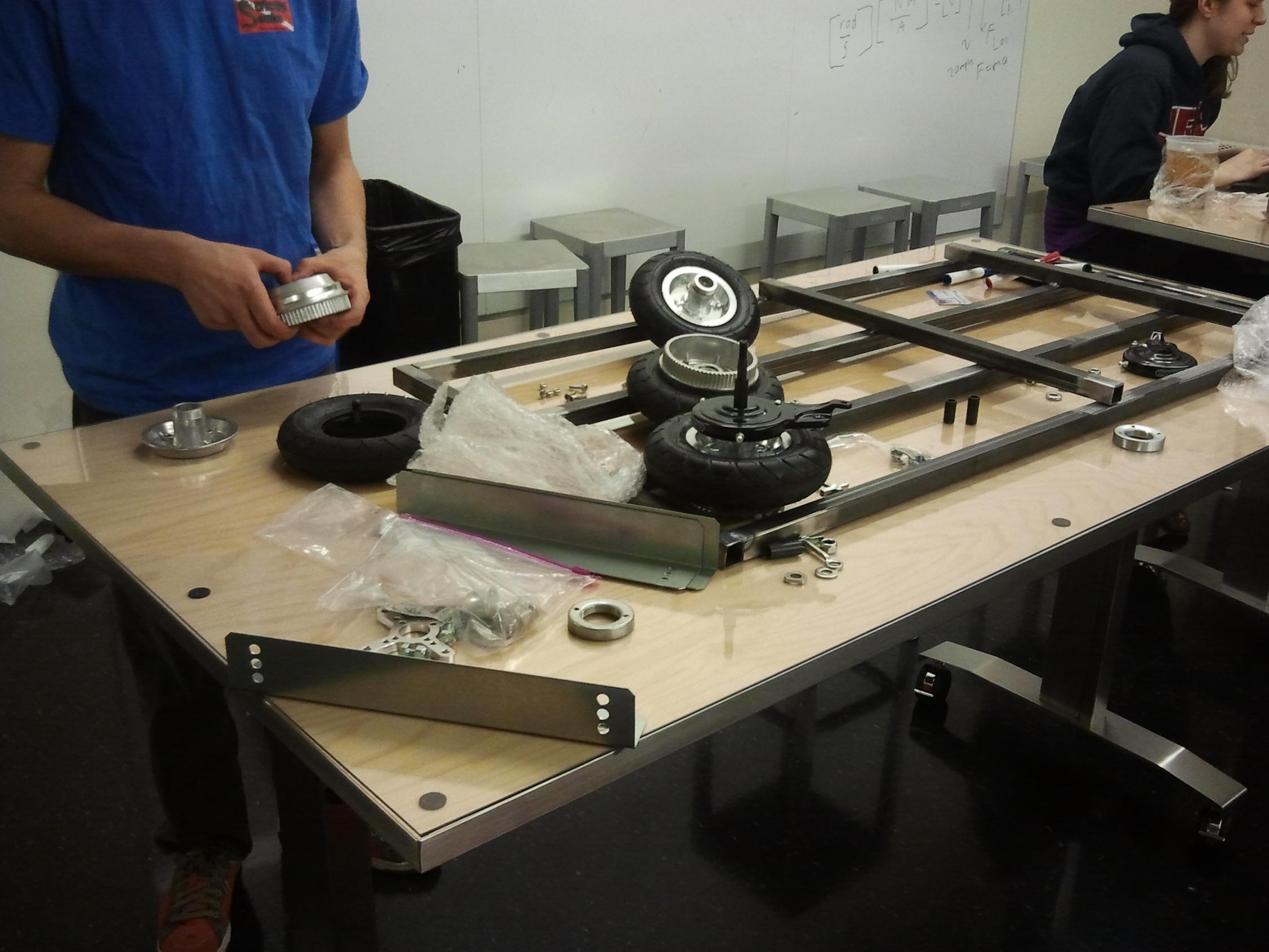 Here’s a more recent picture of the team effort go-kart, now named Melonkart officially, because when you have more money, you can afford bigger motors.

Now, all this is actually happening while I am still putting together a fab shop. Along with the other graduate students and Ph.D students of our group, we’ve been commissioning…. 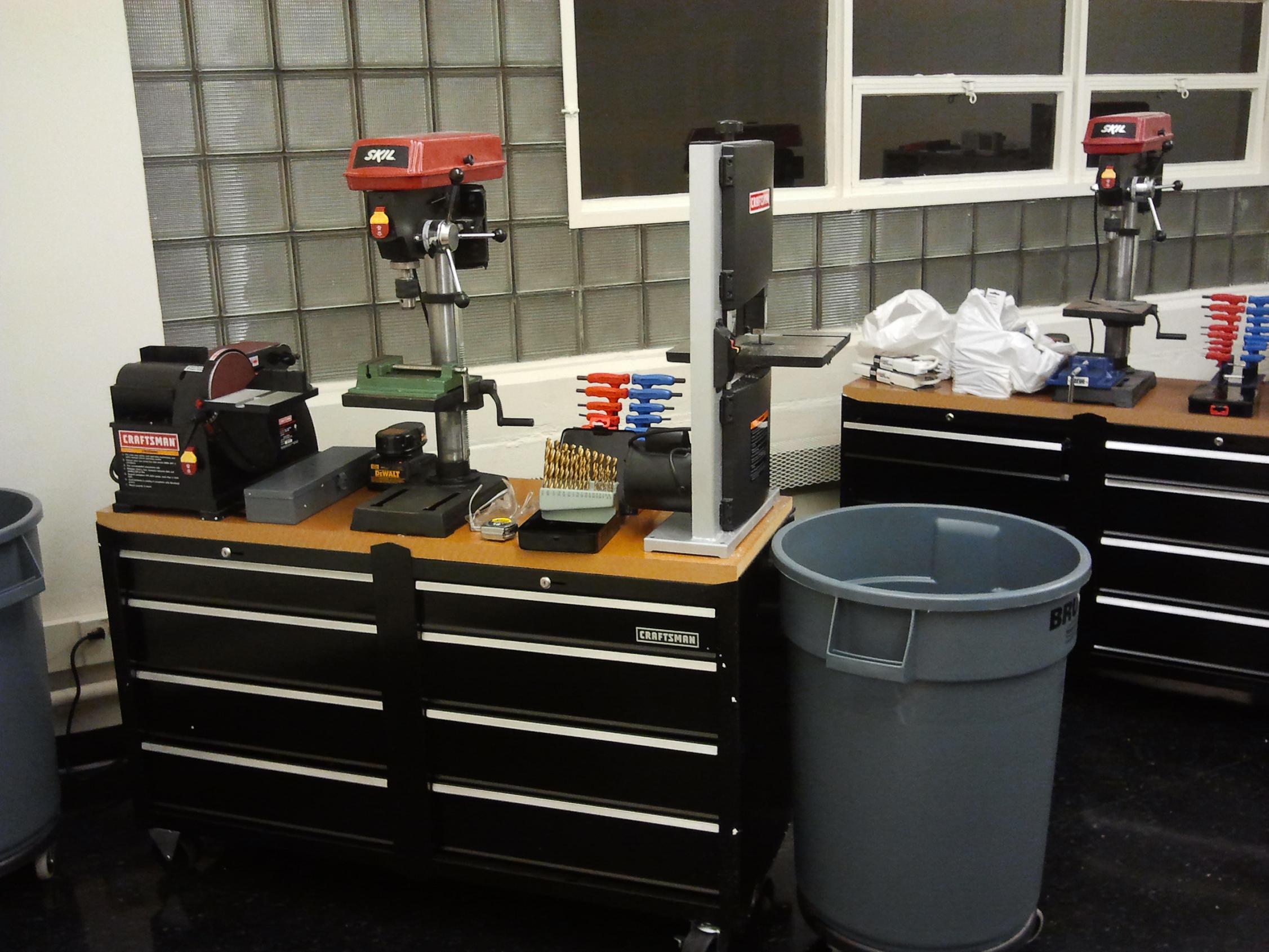 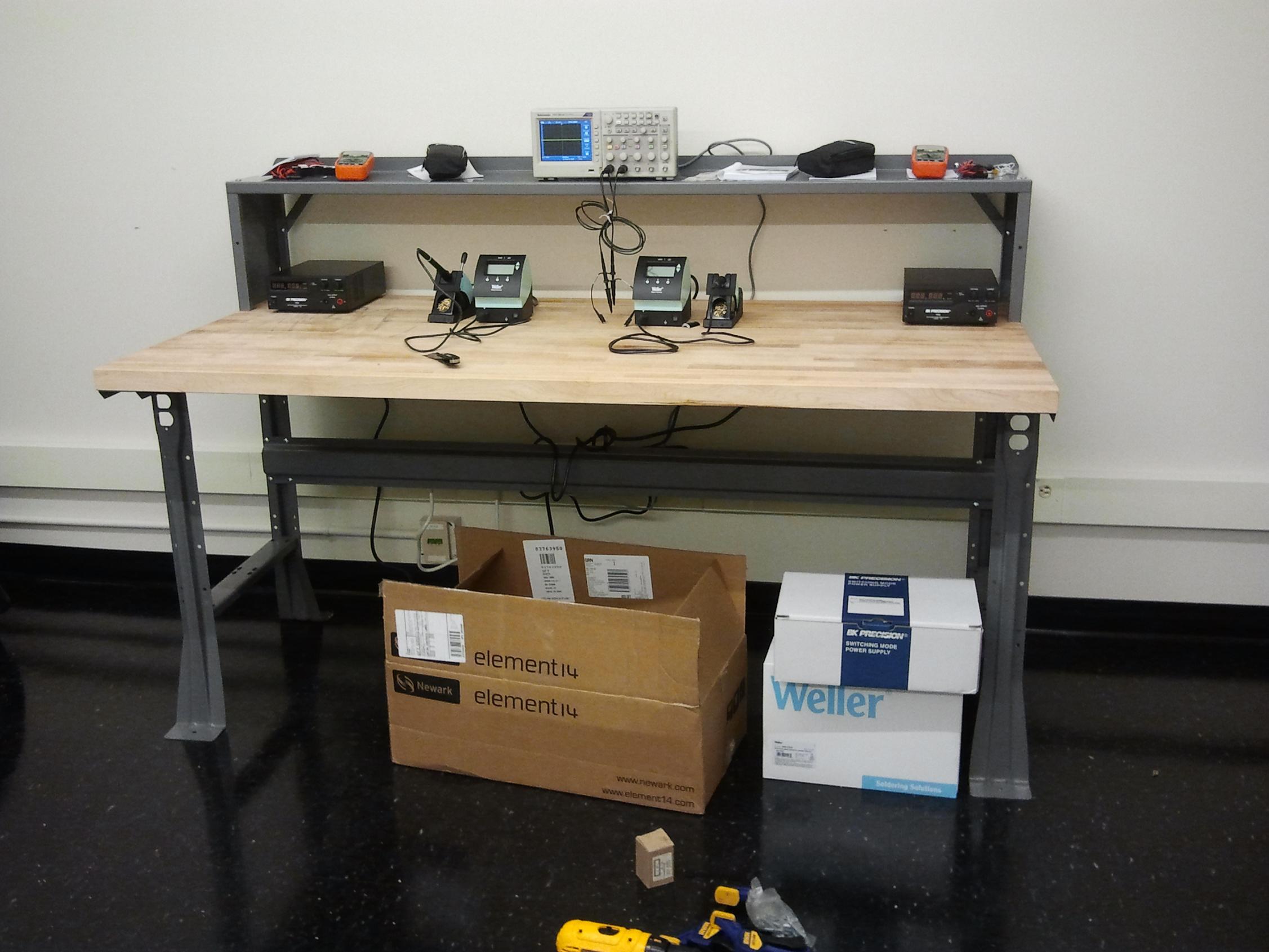 …electronic workstations with the latest in nice things. This table is alot messier now…

Anyways, that’s the latest from the “Charles actually does legit things” front. Several of the students have actually picked up the habit of blogging about their projects:

At the end of the semester, there will be games.