Quick update on a few things as I manage to momentarily surface from intensive planning and building for next year’s 2.007 contest – which, given the whole point of the thing is to issue a challenge to students, I’m actually going to not say anything about until the spring semester begins in February. I promise it will be either a riot, a circus, or a shitshow… possibly some combination of the three.

I got a chance to finally cut out Tinystruder’s structure: 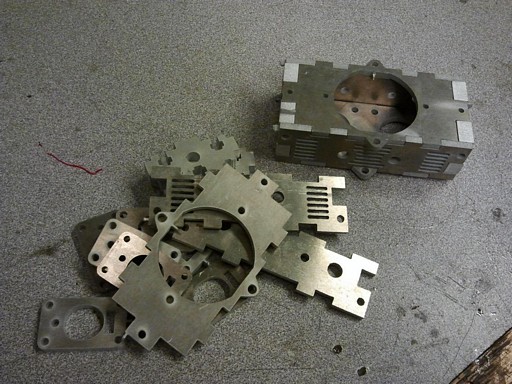 I found enough useful scrap plate to make 2 Tinystruders’ worth of structure. However, the second faceplate didn’t cut correctly since it turned out to be routed over a missing chunk of the scrap… oops.

All of the hardware that I need to finish Tinystruder has arrived from McMaster and others, including the tiny 693 bearings and the correct tube fittings that have a normal 10-32 thread on the end instead of some weird tapered NPT bullshit. 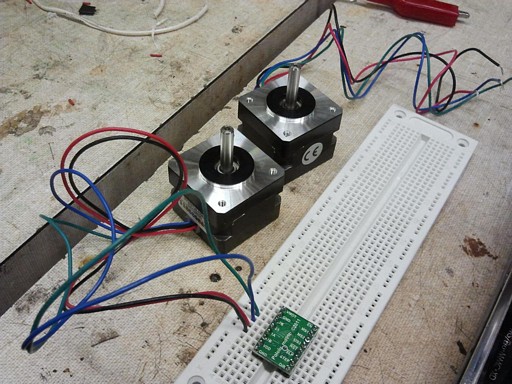 Also, steppers! I got the Polo(lololololololololo)lu 35 x 28mm steppers – they’re a bit shorter than I expected, but I most likely had the 35 x 36 size in mind. If they can crank the filament, then all is good. For convenience, I also got one of the Allegro A4988 driver chip breakout boards, which is incidently the same type that the Reprap RAMPS boards use as axis drivers.

I received my order from Makerbot that consisted of the custom 0.4mm nozzle (boy is it tiny) and the drive rollers. I also purchased one roll of 1.75mm ABS on a reel from buy3dink.com, which seems to be about the sketchiest place you can possibly get plastic filament from since there’s no business information, contact information, shipping information past a flat charge, etc… which would help you distinguish a legitimate vendor from some shady Eastern European place that steals your credit card information to fund organized crime. Well, I’m so far glad to say that the place is legitimate, and way cheaper than most 3d printer supply sites.

No problem, I simply ordered some heaters of the same size (1/4″ diameter x 1″ long) off eBay, where they’re like 8 bucks each. Downside? They operate at 120 or 240 volts. I got a 120 volt variety and plan to just plug it into the wall through a variac for testing purposes. Not very scientific, but who cares? It either melts and extrudes or it doesn’t – I’m fairly confident those smaller steppers can crank the filament at 230 to 240 deg C.

While I maintain that 3d printed scooter wheel forks are totally fine for average use – both RazErs use a 3d printed fork and fly over railroad crossings, cobblestone, and those blind people curb things with no problem – they are definitely less durable than equivalent metal ones. Case in point, I managed to totally shatter RRev’s fork by trying to mount a rough step curb cut. I totally forgot that I wasn’t on melon-scooter (which can handle a 1″ curb just fine, with its giant regularly-underinflated pneumatic tires), and the next thing I knew, I was riding on top of the front wheel.

With Make-a-Bot out of 3mm ABS filament, it was time to retire the printed fork and just make something metal. Of course I elect to take the utterly lazy bum way out instead of making all of, or even part of, the scooter fork from machined aluminum stock. 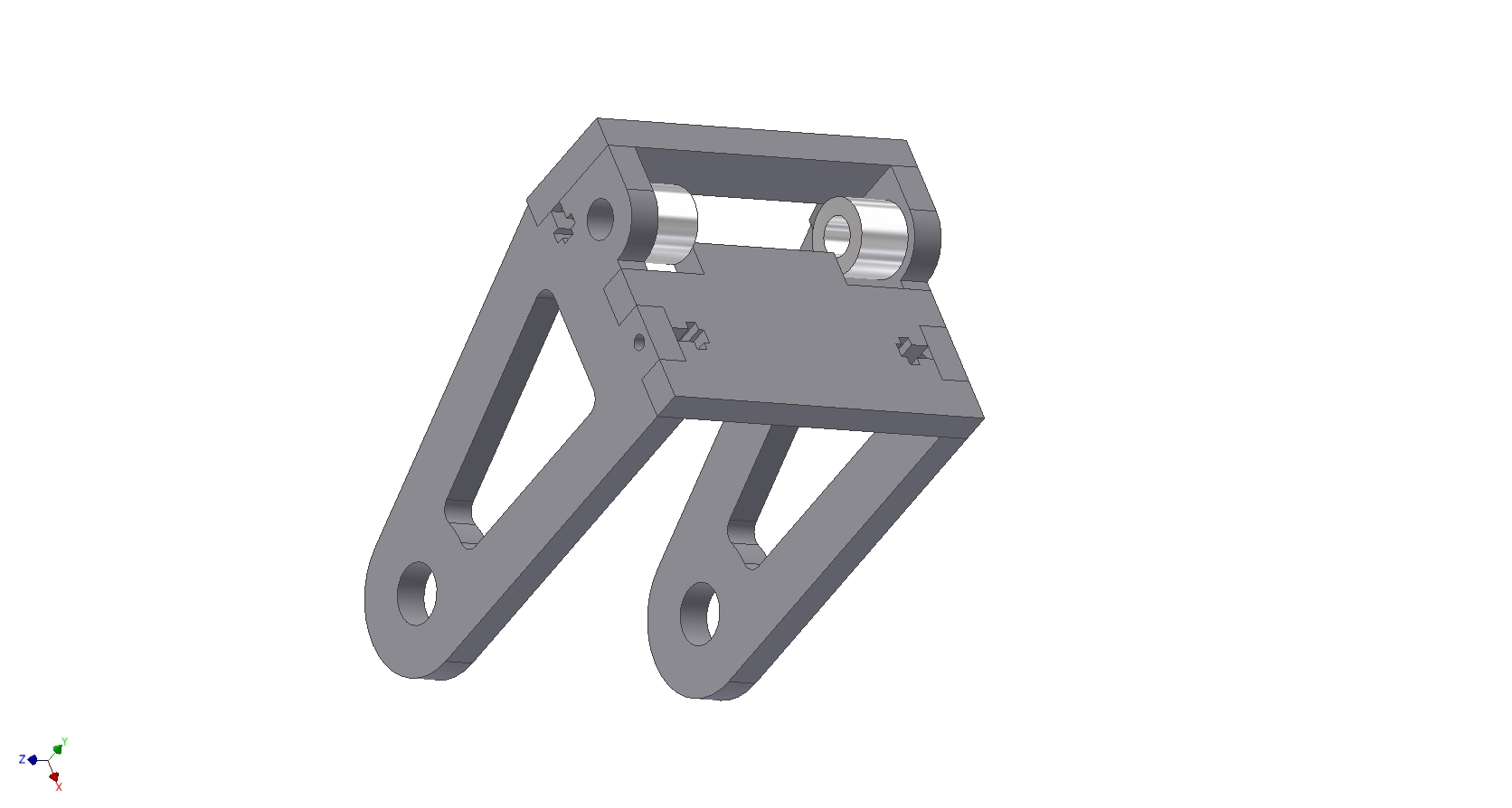 Maybe I should have added more t-nuts. But, the majority of the loads that this will see are upwards from the ends of the fork, supported by the Razor A2/3’s rubber block thing. Rearward bending moments are transferred into the steering fork through the crossing piece in the back.

These were last-minute shoehorned into the same batch that Tinystruder parts were being cut on. 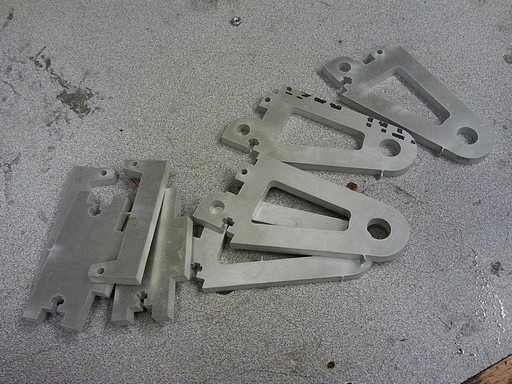 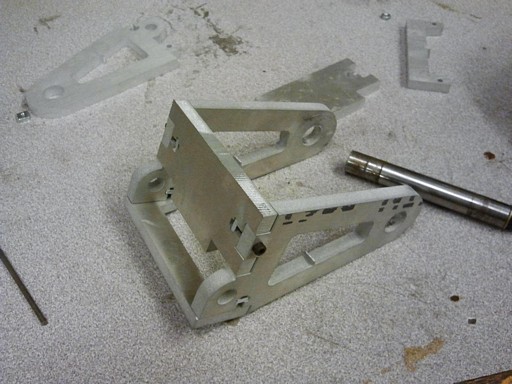 I have yet to make the little spacers – this assembly was mostly forgotten in the rush of MEETERS. I’ll finish it off tomorrow and try it out on RazEr rEVolution – if it’s workable, I’ll probably make a pile in varying widths for future scooters.

3 thoughts on “A Bunch of Waterjetted Things”