I speak as if I’ve built it already, crashed it, and am in the process of rebuilding it.

Sadly enough, this is not the case. With CPW activities in full swing, I’m pushing the fleet around all over the place for demos to prefrosh. In the mean time, I’ve been slowly planning out the advent of Chuckranoplan 0004, which will be my first attempt at building a large model. I’ve been skulking around the rcgroups forums extensively looking at other peoples’ builds (sadly, not many of GEVs, but the ones that have been built are pretty awesome). I also purchased a copy of the WhizzyWIG build plans, which I have found to be less than helpful since they’re geared towards advanced modelers. It amounts to me handing someone random a 3-view technical drawing and telling them to “make it” – it presumes a certain amount of knowledge about the subject which, if present, would greatly aid the “making” process, but otherwise would probably cause more confusion than anything.

At least it’s a massive print, so I can hang it on my wall as a poster and occasionally stare at it to sanity-check my own design.

The geometry of 0004 will be outwardly similar to 0003 and its slightly derpy brother, using the DACWIG approach. I’ve settled on the 70mm EDFs for propulsion, and also ordered a single 90mm unit. I decided to forego the 125mm this time because of its requirements for 36+ volts, whereas the rest of the power system will only be running 14.8 volts (4S lithium cells). On a random side note, I found out that the Chinese technical term for the “Dynamic Air Cusion” GEV is 动力气垫地效翼船, which really does say Dynamic Air Cusion Ground Effect Ship. The Chinese seem to be the only ones who built that type of vessel (and theirs is in as bad of a shape as the Russians‘) 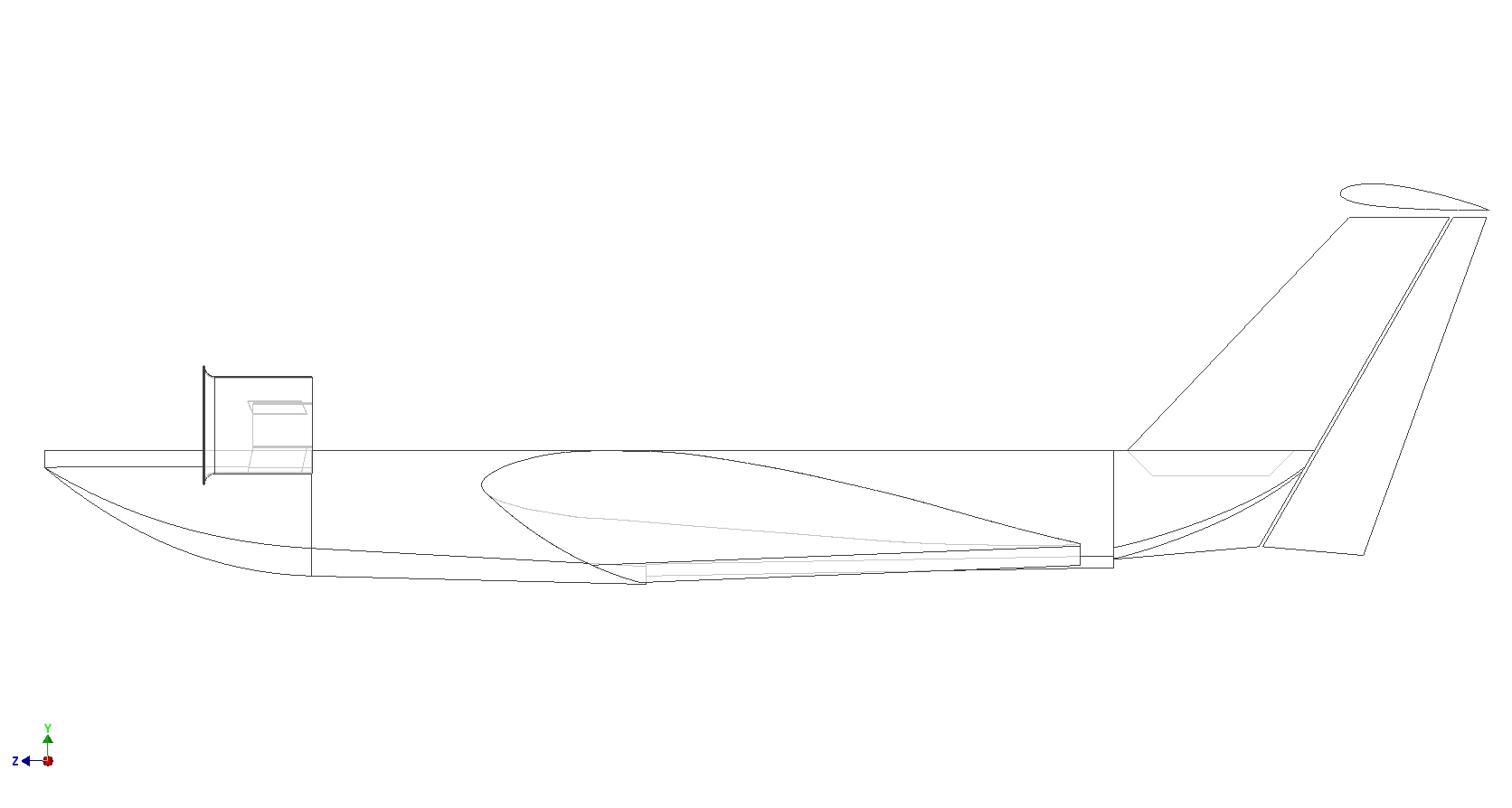 Unlike all my previous “builds”, 0004 will have a more conventional hydroplane hull. I’ve sort of gathered that hull steps are most effective if they are placed at the center of gravity and at the stern. I’m not even sure if on a craft this small the steps even matter, but what they allow me to do is conveniently divide the hull into four major sections – the nose, the forward hull, the aft hull, and the stern section. Being steps, I am able to take advantage of them as dividing planes for fabricating the four parts separately.

Right now the plan is to use the cross sections at the forward and aft hull to cut those two parts out of foam (probably expanded polystyrene from Home Depot), and then hollow-shell 3d-print the bow and stern sections. The reason I’m still even thinking of 3DP is that I can thin-shell those two parts, which are of substantially more complicated geometry and need to contain mounting points anyway, and not impact the weight substantially. Essentially, I hope to use the 3DP only in situations where it is actually advantageous, like the aforementioned complex integrated geometry.

And now the top: 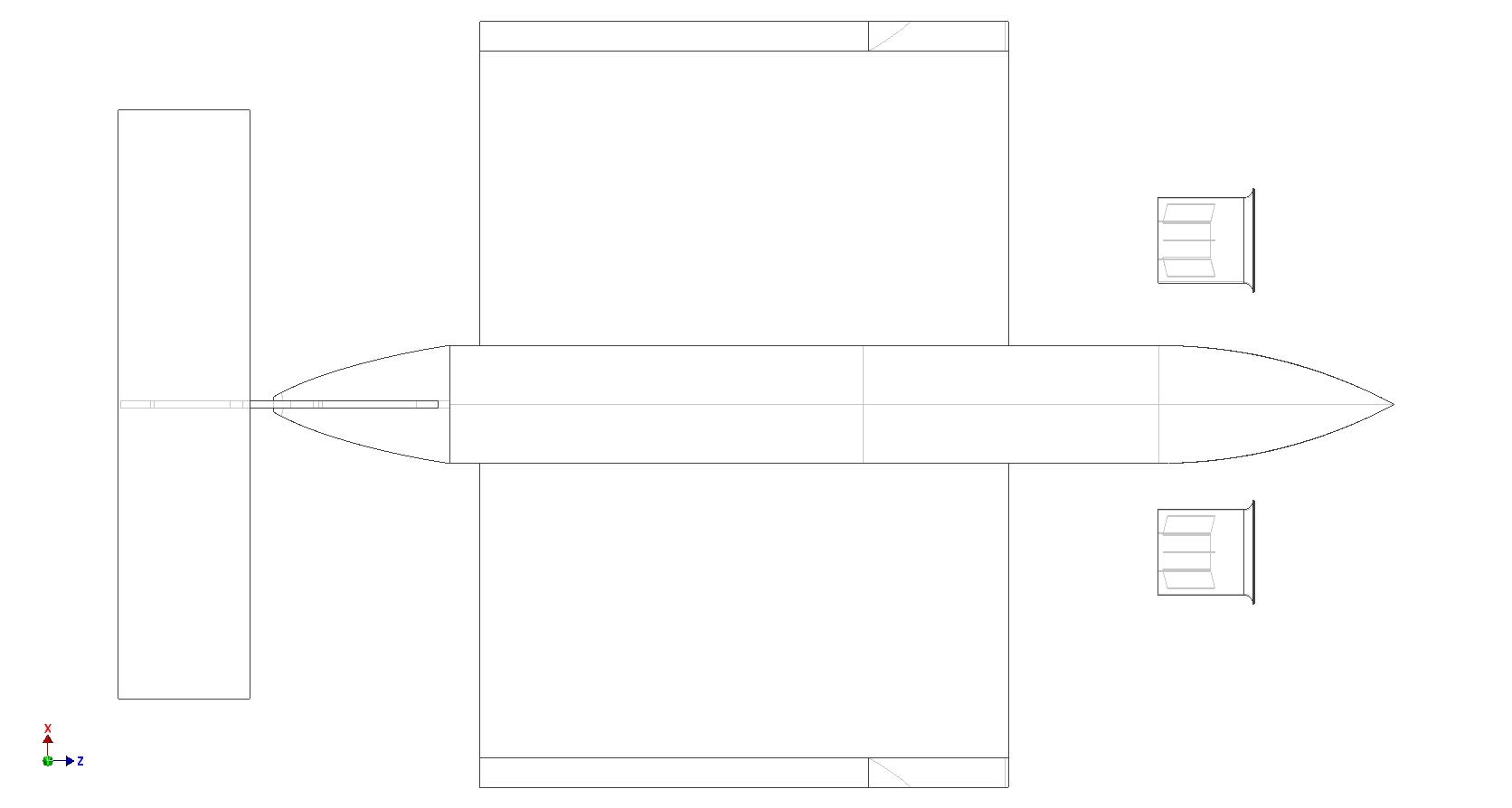 Looks pretty conventional (and empty). The main wings will have their profile hotwire-cut from foam. The tailplane, however, will be purchased “stock”. As it turns out, you can just straight up buy pre-cut airfoil stock made of polystyrene or polypropylene foam (EPS and EPP).

What. Why didn’t I know this before?

Well, they didn’t have the profiles I wanted in HOLY CRAP THAT’S HUGE, but the tailplane is more conventional. It will be a 20 inch chunk of their NACA 2415 x 4.5″ chord in EPP material.

The vertical portion of the T tail will be a single plane of 1/4″ balsa wood, laser-cut to shape. The rudder surface will hang off the back with hinge pins, and will just be another chunk of balsa sanded to a taper.  The other control surfaces will just be cut-out portions of the same airfoil they’re part of, also attached with hinge pins.

I have yet to arrange mounting points for any servos or controllers, and I’ll probably just take the standard R/C modeler approach of carving cavities into the foam to stuff these things in.  I have also yet to design the ducted fan mounts, which will be servo-actuated so they can pivot the fans for pressure augmentation or forward cruise.  The servos will probably be a handful of <20 gram park flyer servos, since while this thing is pretty big, I like the idea of having a flock of little servos instead of several large ones and long routed pushrods or cables. 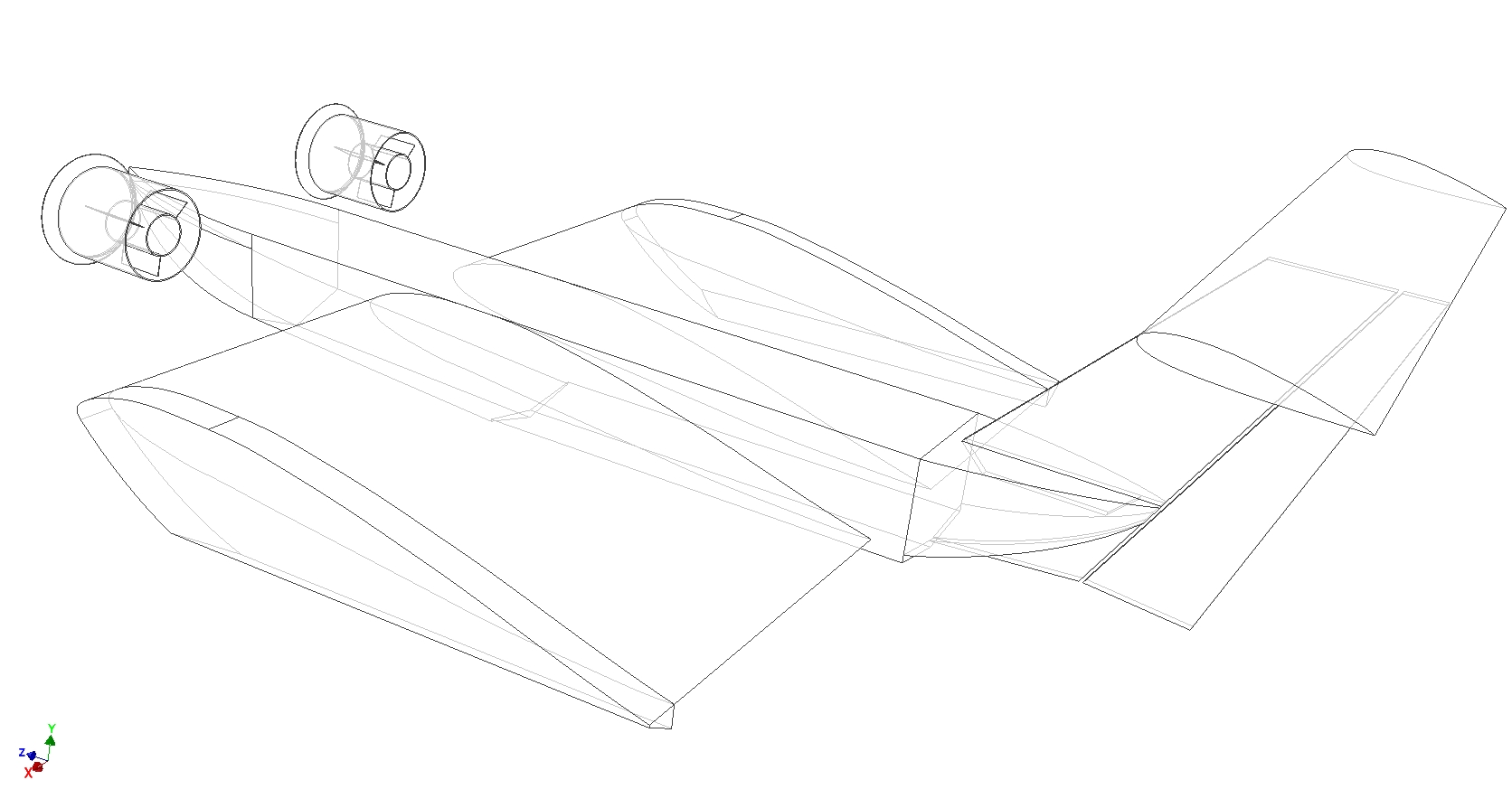 And a 3/4 back view. The large side pontoons will also be profile-cut and then have the end chamfer sanded to shape.

As far as foam models go, I think this is actually pretty straightforward, and someone who’s done it before can probably bang it out in 5 minutes.  It will be an interesting learning experience, which is mostly what I’m after. If it does The Thing, then all the better because I have an excuse to build one 10 times bigger.

Right now, the weight breakdown is as follows:

hey rc airplane people does this sound legit to you

One thought on “Chuckranoplan Rebirth”