First off, the Northern Tool tires were definitely not what I expected. They wore to this condition in all of maybe 7 or 8 laps: 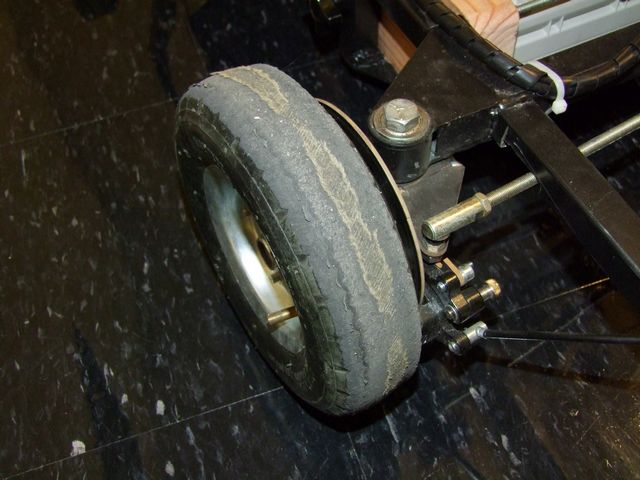 Yikes. There’s something to be said about the futility of pressing shitty handcart/garden tires into karting service. Ones the same size that are designed for scooters (and they do exist, they’re just pricier) will surely have better longevity – even the cheap 200×50 tires I get for the class don’t exhibit this sort of wear.

It might be worth removing or reworking a feature to lower the budget cost, such that I can  run more reliable tires for the New York Maker Faire. We’ll see how fiddly things are in Detroit.

Overall, we discovered that if we don’t purposefully thrash the thing and drift and slide, the tire life is actually not bad. Here’s the “notebook of sciencing” showing the results. 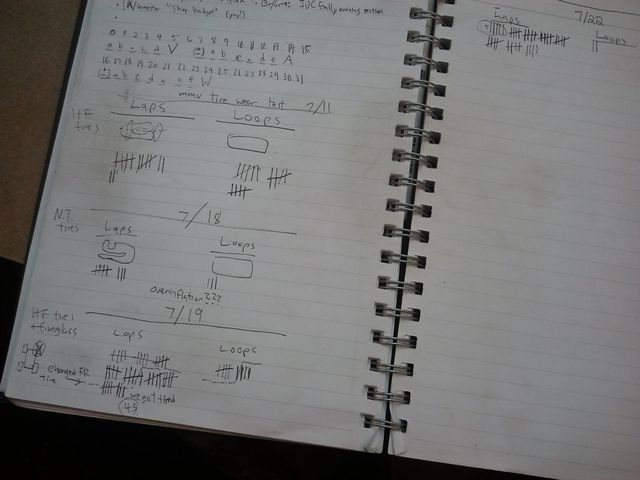 The wear on the outside front tire is the greatest for obvious reasons – high speed left turns will tend to wear out the right side faster, and so on. The 2.00gokart test track is heavily left turn biased – all the fastest turns are turning left. The HF pink tire in that position saw 23 laps before the tread wore through, but the rest were still going as of the next test – in total, 70-80 laps. They’re worn right down to the cords, of course, but they did survive.

One important change that will aid maintability is swapping the wheel bolts to wheel studs, like every normal vehicle. I’d not given this very much thought before since I typically use screws with everything (bolt meaning using with a nut on the other side, not threads in the material), but I found out last time it was utterly impossible to change tires and wheels quickly, since with the bolts all out, there was no means of rotationally aligning the tire and two halves of the split rims.

To resolve this, I just stuffed the bolts in from the other side and welded them in! 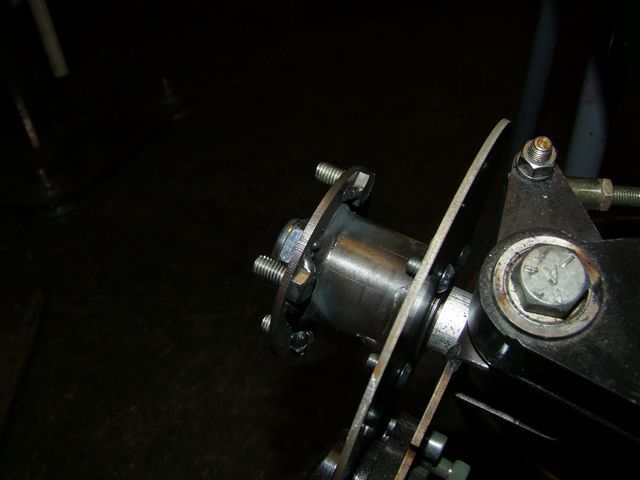 Now I can have lug nuts like a normal person. 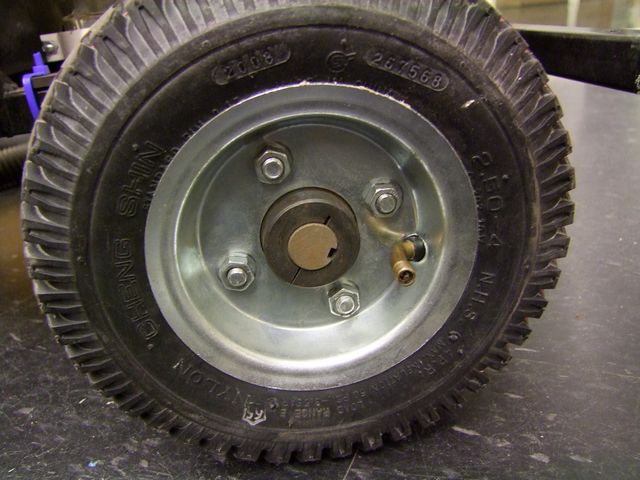 With that issue resolved, I began the quest of making spare parts. First, another battery pack. 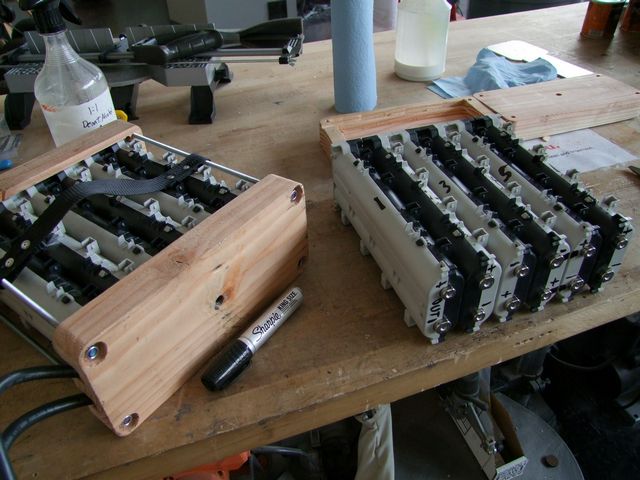 By this time I’d forgotten exactly how I arranged the cells in the last one, but luckily my sketchy notebook sketches and last few posts on this site came in handy. I clearly marked each module with which side the cell sticks had to face out of just to make sure I don’t confuse myself. 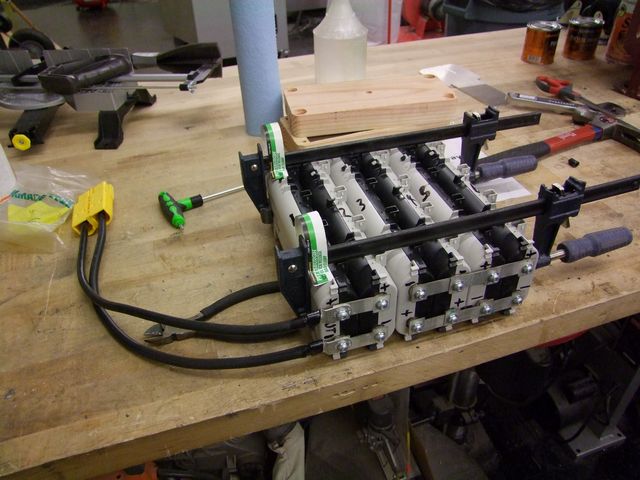 The modules were clamped together to the correct spacing before I installed the bus bars.

I’d make another battery, but I’m totally out of the 150A size Anderson powerpole connectors! I was going to pick some up at swapfest (the MIT flea market) this past weekend, but sadly the only vendor which consistently has these……. was absent. My only remaining one therefore goes to the battery charger adapter lead. 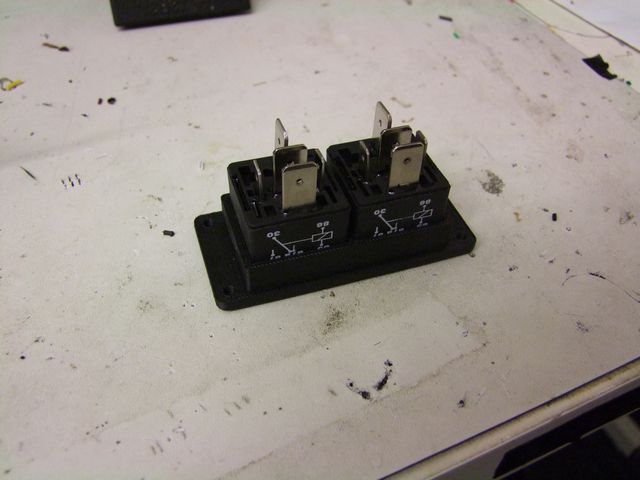 Last on the list of things to add before the race, if I can, is reversing ability. I don’t intend to use it, but clearly if this thing spins out or ends up sideways during the race, it’ll be critical to getting out of the situation. Reverse is a ‘dumb reverse’ here – just a double pole relay pack to swap two motor wires. Even though the controller has reversing ability, I’m not using it out of caution with the one-sided sprung throttle and its shared function with regenerative braking.

The relays are “80A” units with larger 3/8″ output tabs instead of the more common 1/4″ ones on 30-40A SPDT automotive relays. I spent a while searching for these again – I had one, a long time ago, plucked from some unknown refuse pile, but lost it and wanted more. 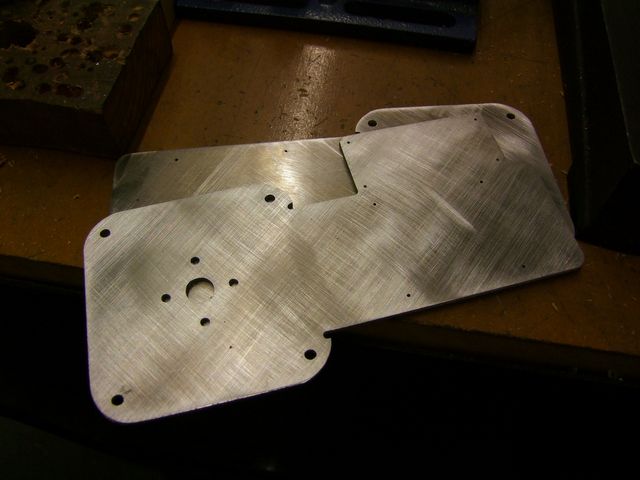 To mount the relay pack and keep the motor-gearbox unit, I made new mounting plates with an additional little tab that sticks out of it.

The race to the finish will consist primarily of working on these spare parts, as well as an “adapter socket” for Chibi-Mikuvan: 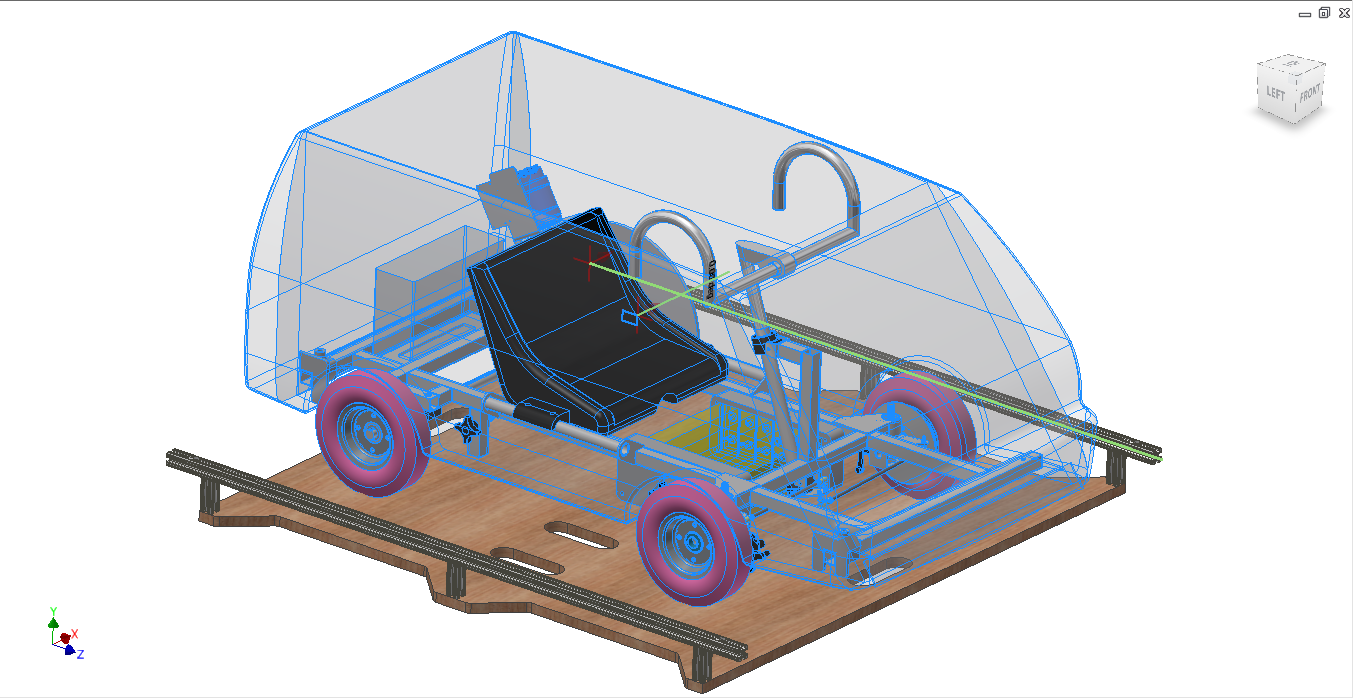 5 thoughts on “Chibi-Mikuvan: The Penultimate Update!”